In horrible news, a 6 month old baby girl was found dead, stuffed under a mattress with head trauma and a ripped anus.

According to two conflicting news reports, the child's 15 yr. old mother was gone on Christmas night and left the child with either her aunt or her grandmother. It's reported that the responsible party (the aunt or the grandmother) left the baby with her boyfriend and a friend (or some friends) who were engaging in drugs. At some point, the baby began to cry, and when the baby wouldn't stop crying, the boyfriend went to find the responsible party (the aunt or the grandmother) with no luck?, only to return home to find his friend, Darius Woodly, passed out on the bed, and the baby stuffed under a mattress.

The doctor's immediately deemed the death suspicious, because they found a tear in the baby's anus.  However, the D.A. have not filed sexual assault charges.

Meanwhile, the family says Woodly had better stay locked up, because if the police don't take care of it, somebody else will.

Although no-one else was arrested in relation to the death the home was found to be filthy and without heat. A previous investigation unrelated to the death was currently open at the time. 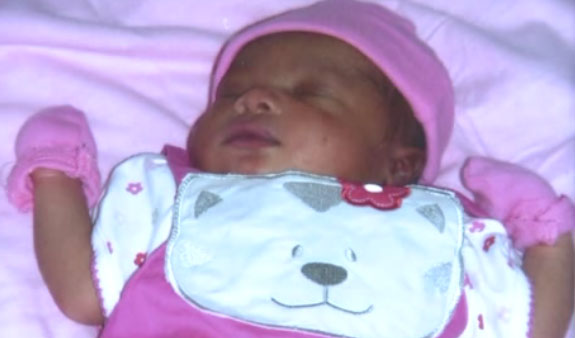