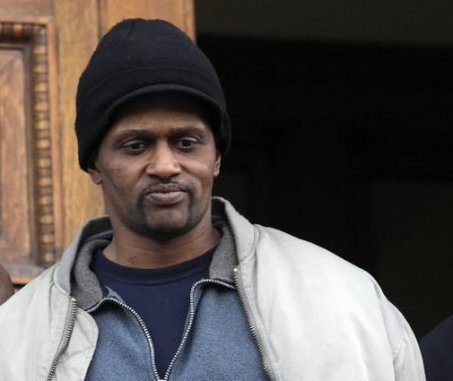 The police arrested a Staten Island construction worker on Saturday, saying that he had called 911 five times earlier in the week and falsely claimed he had killed or beaten “Mexicans.” The calls set off a large police response that included searches by divers.

According to the police, the man said later he made the calls because he was angry that three Hispanic day laborers had found work on Thursday morning when he did not.

According to the investigators, Mr. Franklin said he was waiting for work with other day laborers in the Fox Hills neighborhood of Staten Island when a pickup truck pulled up. He and three other men hopped inside. The driver said he had too many people and ordered Mr. Franklin out, saying the three others were together.

Mr. Franklin, who is black, said the three men taunted him, and made a racial slur in Spanish.

Inspector Osgood said Mr. Franklin then made the 911 calls in quick succession on a cellphone. In one, at 7:47 a.m., the caller said: “I just killed two Mexicans and threw them into the Great Kills Harbor.”

The construction worker, Michael Franklin, 44, had originally faced several charges, including reckless endangerment as a hate crime because officers and firefighters were put at risk. However, according to The Staten Island Advance, his rage may have been directed at Mexican immigrants, but the prank calls he made to 911 by law can't be considered a hate crime, a spokesman for the district attorney's office said today.

Apparently, Michael Franklin never actually directly threatened, attacked or committed a crime against the Mexican immigrants he blamed for his being out of work.  He just claimed he did in five separate calls to 911.

“Under the NY State hate crime statute, there's a list of what they call specified offenses that can be elevated with a hate crime charge,” said William J. Smith, a spokesman for District Attorney Daniel Donovan.

“They range from murder to aggravated harassment. After we carefully evaluated the acts of this case and the appropriate laws, we determined that the crime the defendant allegedly committed did not fall within those specified offenses.”