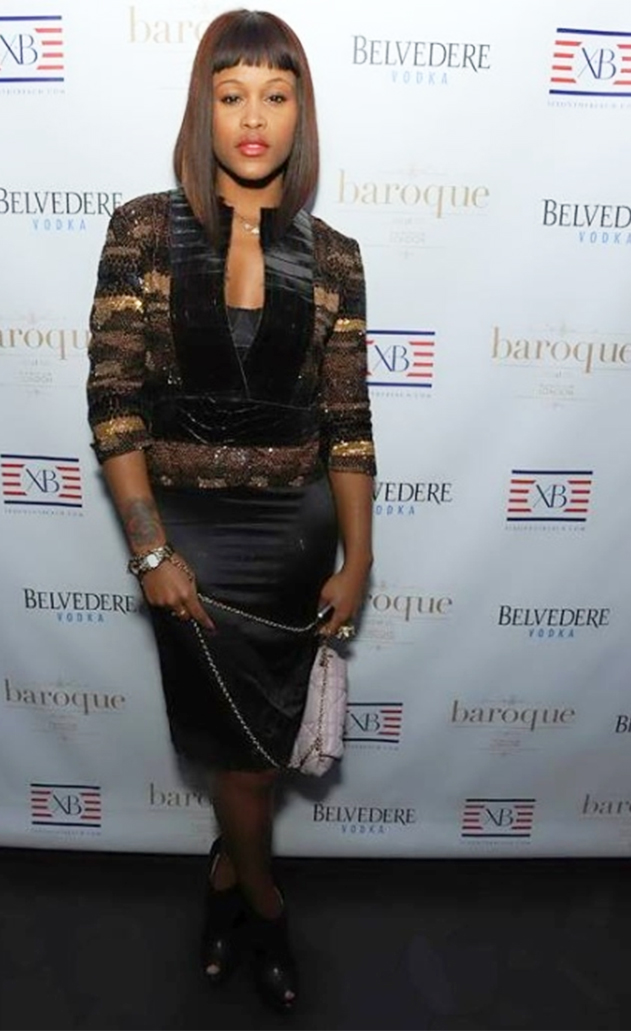 A few weeks ago the news broke that rapper E-V-E was expecting her first child with her long time boyfriend Max Cooper. While she hasn’t officially confirmed it, the rumor is said to be true.

Last night (12/21), Eve and her boyfriend Max attended a Grace Jones performance at the Baroque Mayfair club in London. She donned a black satin dress with a sequin top, a white Chanel quilted shoulder bag, and black open-toe booties.

When searching for a baby bump, one definitely seems to be there. 🙂 According to several sources, Eve should be close to 4-months pregnant now.

In other news, Eve dropped a video teaser for her latest single “She Bad Bad” yesterday as well. The track is the first single from her upcoming album Lip Lock coming soon. Check it out below.