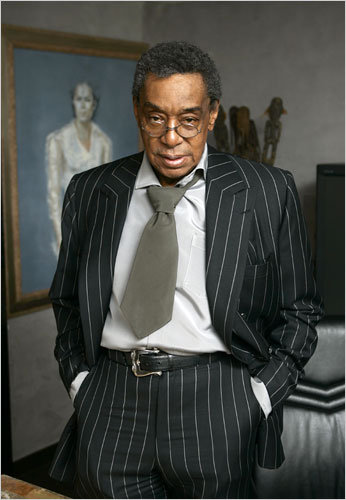 People who think of “Soul Train” as an artifact from 1970s television may be surprised to learn that the 38-year-old song-and-dance show was never canceled. Although no new episodes are produced, it lives on in reruns that showcase the taste-making music, hairstyles and fashions of decades past.

In 1972, before the moonwalk and other vogues, the Jackson Five showed the fashion of the time as they entertained fans on “Soul Train.”
Don Cornelius, who produced “Soul Train,” has sold the rights to the show to MadVision Entertainment. “Thirty-five years is a long time,” he said.

Now a production company, MadVision Entertainment, has bought the “Soul Train” franchise from its founder, Don Cornelius, and plans to breathe new life into it. The plan is to open up the show’s archives for older consumers as well as to create a new version of the program for younger ones.

“The series has never been shown on DVD, and it’s not been utilized on video-on-demand or mobile or Internet platforms,” Peter Griffith, a co-founder of MadVision, said. “There are many opportunities that we are exploring.”

MadVision, which was founded in 2006 by three urban media veterans, is best known for the Showtime stand-up comedy series “White Boyz in the Hood.” One of the founders of MadVision, Kenard Gibbs, is the group publisher of Ebony and Jet magazines. Another founder, Anthony Maddox, worked as a producer at NBC and ran Sean Combs’s Bad Boy Films. Mr. Griffith, the third partner, founded a hip-hop Web portal and worked with Vibe to extend the magazine’s brand.

The deal for “Soul Train,” reached in mid-May, is the first acquisition for MadVision, which is based in Los Angeles. Neither the company nor Mr. Cornelius would comment on the sale price.