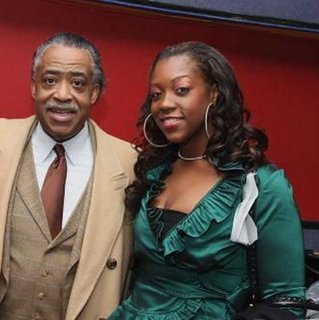 Sounds like the Reverend Al Sharpton's daughter may have a mouth that gets her into trouble.  Just a few months back, she and Sharpton's ex-wife Kathy Jordan were arrested for disorderly conduct when they got into a heated verbal tussle with cops during a traffic stop. It's alleged that the two were arrested for arguing over a traffic ticket they felt should not have been issued.

Today it's being reported that 23 year old Dominique Sharpton's boyfriend was released without bail Thursday after being accused of smacking her in the mouth during an argument earlier this week.

While domestic violence is never the answer, the saying goes… if people are accusing you of the same things over and over, running off at the mouth in Dominque's case, they all can't be lying.