Arrested Development on Lack of Love in Black Community

Davey D caught up with Speech from the group Arrested Development and learned what they've been up to throughout the years.  According to Speech, the group has been keeping themselves busy while touring overseas.

“We've been doing Japan, Australia… all throughout Asia, Singapore, Jacare', South Africa, North Africa… We've been doing Europe (all throughout Europe), France, Germany, you name it… Switzerland.  So we doing basically the whole world, and we tour here too, but it's just um… To be honest, tour wise, we get less love here than we get overseas…. We sometimes do 10,000 seaters over there.  Right Now.  In 2009,” says Speech. 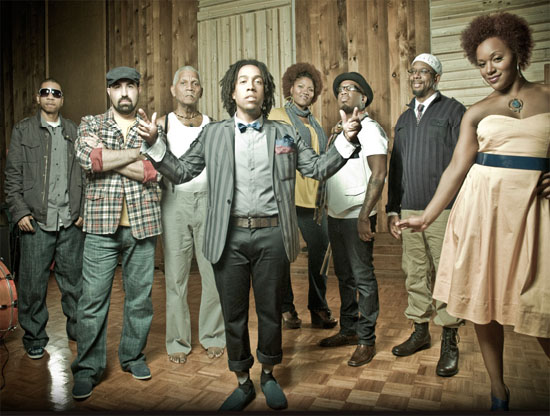 It's obvious that Arrested Development are from a different era than the new world hip hop culture.  Speech appears to be very well grounded, and he speaks with a lot of sense.  The thing that caught my attention the most is when he questions who it is that actually supports the industry, and points out that it sure is not black people.  Sadly, I believe that to be true across the border; not just the music industry.