New York based author Sapphire has an in-depth interview with Katie Couric about the new movie “Precious” inspired by her novel “Push.”

“Precious” starring Mo'Nique and Mariah Carey, is scheduled to hit the big screen nationwide November 6, 2009, and is said to be a bread winner.  Director Lee Daniels spoke with newsday.com and says that he's on a cloud with the release of the film and he's just waiting for someone to pop it. 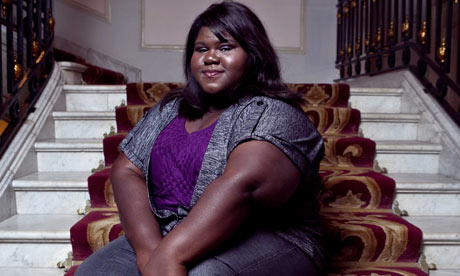 Some speculate backlash of the film because of the context of the characters, and interesting enough NY Press critic Armond White, who is African-American, feels that if there is a backlash, it may likely come from members of the black community. “Most black people I know who have seen the film prefer 'Akeelah and the Bee' to 'Precious,' just as many preferred 'Waiting to Exhale' to 'Monsters Ball.'  The black degradation on view in 'Precious' seems to be what Hollywood and the media prefer. It's difficult to square the hype for 'Precious' with Obama's election. Maybe nothing's really changed.”

At a screening earlier this year to an audience in Utah, Sapphire recalls that a middle-aged white woman stood up as the closing credits rolled and said: “I'm 60 years old and this is my story.”

For Sapphire, the movie is thus not “a black film or a woman's film or a survivor's film. I saw it as a universal film… You know those nature documentaries where the flower blooms in fast motion? That's what this film is like, seeing Precious's soul unfold.”