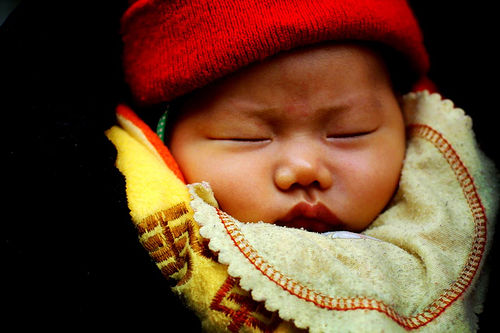 I heard a long time ago from a co-worker that in the Chinese culture baby boys are preferred over baby girls, but I had no idea to what extreme they were willing to go thru to have them.

According to state reports, Chinese police have arrested 42 alleged members of a trafficking ring that sold dozens of infants stolen or bought from their rural parents.

The ring had separate units to handle the procurement, transport and sale of the children, the Xinhua News Agency reported. It trafficked 52 children over two years, earning the equivalent of nearly $60,000.

China has a thriving black market in girls and women, often used as laborers or as brides for unwed sons. A traditional preference for male heirs also drives the market in baby boys, who fetch a considerably higher price than girls.

Some families sell their female babies in order to try for a boy, since the country's one-child policy limits most families to having one child.

Xinhua said the ring had operated in impoverished rural areas of the country's north. It began to falter after officers stopped a van in May containing three men and a baby boy, the report said.

It said the child had been rejected by his would-be new parents for not being healthy enough and was on his way to being returned to a pair of middlemen who had procured a total of 13 babies for the ring.