Bankers Bailout $$ Used on Past Due Hooker Bills 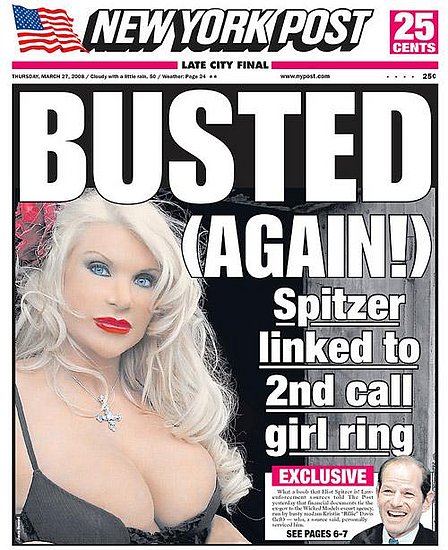 Wall street lawyers, investment bankers, CEOs and media executives often used corporate credit cards to pay for $2,000 an hour prostitutes, according to the madam who ran one of New York's biggest and most expensive escort services until it was busted last year.

Kristin Davis, the madam in question, went public to ABC News last week and did a live broadcast interview. Davis says she has a list of 9,800 clients, many of whom she says New York prosecutors deliberately avoided when taking her case, even though she offered them her annotated client list.

ABC News Chief Investigative Correspondent Brian Ross spoke with the former madam, who says many of her high-profile patrons paid for sex using the credit cards, but when she took her client list to New York authorities, she says, they didn't want to know about it.

“I, as the proprietor of a business, get arrested and lose everything, when no one that was frequenting my business and spending $200,000 to $300,000 a year, has been punished in any way or even looked into,” Davis lamented.

The charges took place before the government bailout and were not tax dollars being spent. As for Davis, she spent three months behind bars, had to forfeit a half-a-million dollars and promise to never work in the sex business again.

Among the names ABC news found listed was the CEO of one of the country's biggest private equity firms, a partial owner of a major league baseball team, a vice president of NBC Universal, a major New York real estate developer and investment bankers from Lehman Brothers, JP Morgan, Merrill Lynch and Deutsch Bank USA.

A spokesman for the district attorney's office refused to comment on the Davis case or its alleged failure to go after the wealthy men who used corporate money to pay for sex. Source