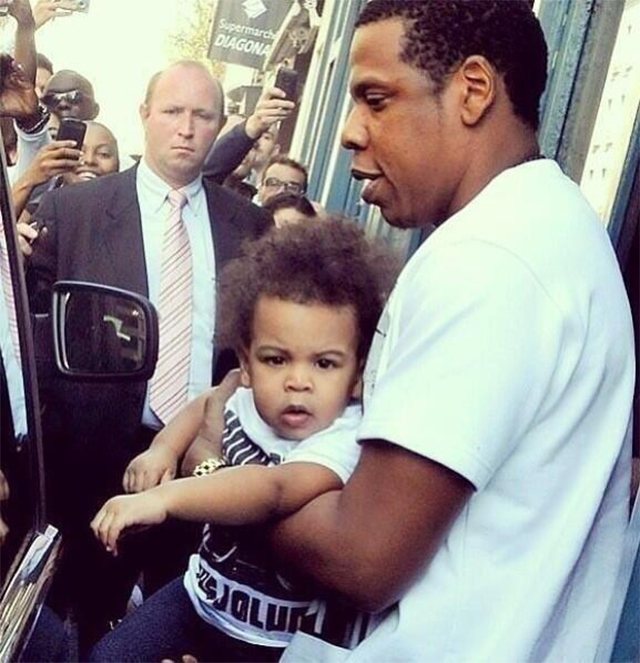 Jay-Z and Beyonce’s baby girl, Blue Ivy Carter, was the topic of Twitter tweets today (4/29). Sadly, the discussion wasn’t focused on how cute she is, but rather, why Beyonce chooses not to comb her hair.

“@ass4daze: Jordyn hasn’t had her hair done in âœŒ days! She won’t be walking around like she blue ivy today, not in my house”Lmao yu stupid

but whyyyyyy do they got blue ivy lookin like this tho instagram.com/p/Ysr0F0nYJ6/

Now I love Beyonce. But all that money her & Jay got, I know they can pay somebody to do Blue Ivy’s hair.

Such as… #BEYHIVE RT @dontfollowval Blue Ivy looks just like Jay-Z. I wish they couldve done something to her hair.