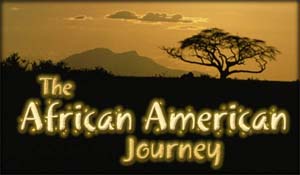 With its power-to-the-individual approach, the new media world promises anyone with a laptop the possibility of a publishing empire. But, as some black bloggers are finding out, the new media world is a lot like the old one: racially segregated, with many prominent black voices still fighting to be heard.

Some bloggers felt insulted this month when the Democratic National Committee selected 55 state-oriented blogs to cover its convention in Denver; critics said few featured African American voices. The DNC said race wasn't considered in its selection from 400 applicants. Officials were more interested in the sites' audience size and how much chatter about local issues appeared on them. The DNC answered critics Thursday by adding several sites led by African Americans to its general blogger pool.

But some critics say the DNC situation is indicative of a larger media divide. It's a division in which stories like the racially motivated beating in Jena, La., last year lingered for months on black blogs and talk radio before the mainstream press picked up the issue.

That coverage gap is partly what inspired Gina McCauley to help organize the first Blogging While Brown conference this summer in Atlanta. The most popular online community conferences – like the Netroots Nation confab that grew out of the Daily Kos blog – tend to be predominantly white gatherings.