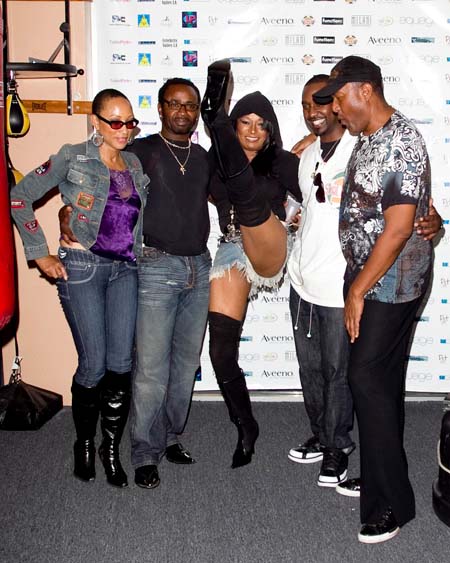 Bonnie Pointer, 59, of the 1970’s disco/funk group: “The Pointer Sisters,” attended an event over the weekend and proved that even at her age she can still kick a leg up higher than any other. She also proved that she can wear a pair of short shorts like a 20-year-old and still look just as good. 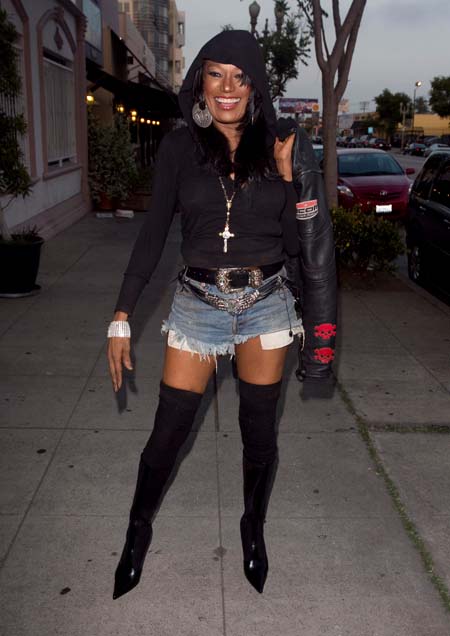 Bonnie Pointer began a solo career in 1977 after feuding with the family band, “The Pointer Sisters,” and eventually leaving the group. She reconciled with the band in 1985 for a performance on the televised show, “Soul Train,” and again in 1994 during a Las Vegas, NV show in 1996. She was also present with her sisters when the group received a star on the Hollywood Walk of Fame in 1994.

Bonnie recently attended the Multicultural Motion Picture Association Awards where she jokingly described herself to reporters as “just a bitch…” She also talked a little about her upcoming CD which she said doesn’t have a title yet. She even sang a snippet of her new song, “Drop Those Pants,” which is a collaboration with her and her sisters and is “sort of like a reunion” song, she said.

“Drop those pants like I told you. Take ’em off the way you suppose to. Pull ’em down around your ankles. Come on baby let ’em fall, I wanna see it all.” And then it gets real nasty, said Bonnie.Several online reports are now confirming that Bonnie has agreed to join Tila Tequila, former Playboy Playmate Shauna Sand and rapper Bizzy Bone on the reality TV drama “Celebrity Rehab 4” with Dr. Drew to battle her long history of cocaine abuse.