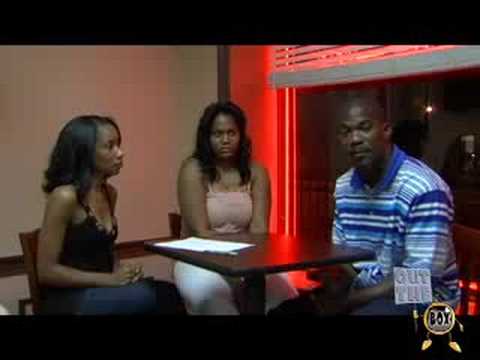 Dove Brown aka “C-Dove” steps forward and let's everybody know WHO IS REALLY IS. Brandy and Ray J Norwood's older brother. I can't be mad at him for letting it all out.

C-Dove is set to hit the scene with his new album D.N.A Doves News Alert and his book “Best Kept Secret” telling his life story of trials and triumph despite not being acknowledged by his blood.

If what C-Dove is claiming being Brandy and Ray J's brother is true, I can't imagine how he feels walking around and not even being acknowledge as a true blood Norwood, even though he insists that he's happy being a Brown which is his mothers last name. It's gotta hurt. So on that note, I'm not gonna judge the brotha.

WATCH THE EXCLUSIVE 5 PART INTERVIEW to find out more! Part 1 shown below, followed by Part 2, Part 3, Part 4 and Part 5.

You can also check out his myspace page to listen to some of his music: myspace.com/bestkeptsecretdove