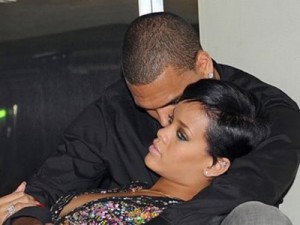 Los Angeles police said they plan to detain R&B singer Chris Brown for questioning in connection with an alleged domestic violence assault against his girlfriend, pop singer Rihanna, according to sources familiar with the investigation.

[Updated 7:25 p.m.] Brown arrived at the Wilshire Division station about 7:15 p.m., accompanied by another man. The pair drove into a parking lot behind the station on Venice Boulevard, east of La Brea Avenue, in a black Escalade. Brown and the man entered through a back door where a posted sign stated for “authorized personnel only.” Police are expected to release a statement later this evening

Brown and Rihanna canceled their performances at tonight's Grammy Awards.

The incident is being investigated as a felony domestic violence case, police said. It was reported about 12:30 a.m. Sunday in Hancock Park.

Brown and Rihanna, whose full name is Robyn Rihanna Fenty, were apparently in a car together and got into an argument on North June Street, according to a Los Angeles Police Department statement. Brown stopped the car, the two got out, and the argument escalated, according to police.

A witness called 911, but Brown was gone when officers arrived at the scene. The woman suffered visible injuries and identified Brown as her attacker, according to police.

Brown and Rihanna had appeared together Saturday night at Clive Davis’s pre-Grammy gala in Beverly Hills.

Shortly before the Grammy show began at 5 p.m. at Staples Center, Grammy officials issued a statement saying, “We have just been informed Rihanna will not be attending tonight’s 51st Grammy Awards. Rihanna will not be performing. We are sorry to see she is unable to join us this evening.”

A publicist for the Barbados-born star, who sold more digital song downloads than any other in 2008 with nearly 10 million tracks, said Sunday night, “Rihanna is well. Thank you for your concern and support.”

Her song “Disturbia,” which she’d been scheduled to perform at the ceremony, was the sixth best-selling digital track of the year. She was replaced by veteran soul singer Al Green, who was accompanied by country singer-guitarist Keith Urban.

Brown’s record label spokesman did not respond to The Times’ request for comment. His whereabouts were unknown as the Grammy show began. Brown finished 2008 as the fourth-best-selling artist in the digital realm, posting 6.8 million tracks sold, according to Nielsen SoundScan.