BUSTED: Never Trust a Fake Pimp and a Prostitute 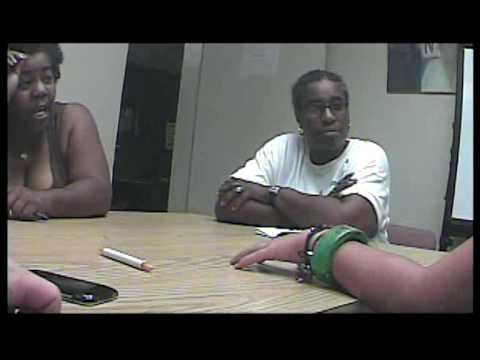 These two ACORN employees have just been PUNK'd in a big way.  I kind of feel bad for them, but they themselves, have to feel real stupid for trying to help people they don't even know lie to the IRS.

ACORN, which stands for Association of Community Organizations for Reform Now, works for social justice and stronger communities among low and moderate income families.

The two were secretly video taped while being mystery shopped by a couple posing as a pimp and a prostitute.  The couple were seeking advice on how to cheat on their taxes, and like fools, the two employees gave them detailed information on how to do it.  You can tell that it was a service they were used to assisting people with.

In the video, the two posing as a pimp and prostitute tell ACORN staffers in Baltimore they want to secure a house where the woman could continue her prostitution business.

The ACORN staffer suggests that the prostitute should list her occupation as a freelance “performing artist.”

The person posing as the pimp then says they want to bring thirteen “very young girls” from El Salvador to also work as prostitutes.  The ACORN staffer says that's illegal, but three of the girls could be claimed as dependents.

All this just goes to show you that just about everywhere you go, people are trying to beat the system.  Some are just a little better at it than others.  Now here we have two women that could be in all kinds of trouble, and the couple who sold them out probably didn't even get a decent $100 for the job :-/