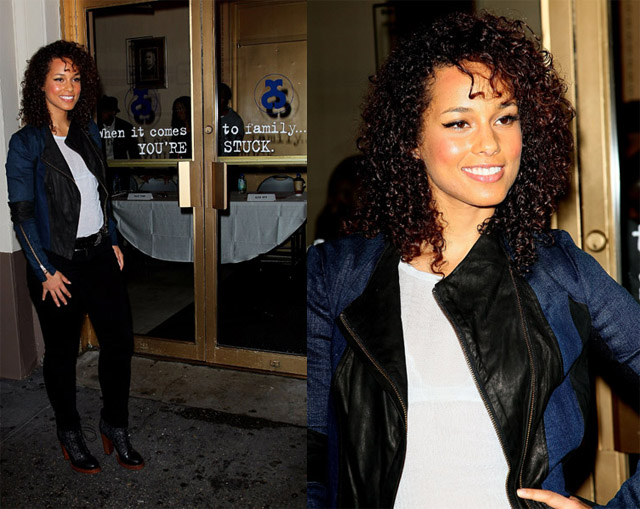 Keys, who produced and composed music for the Broadway play, mixed and mingled with ticket buyers and signed autographs at the event, and of the play she says:

“It’s about the human experience, so it doesn’t matter how you look, where you’re from, where you grew up,” explained Alicia of the family-oriented production. “Life is hilarious, life is serious, life is outrageous, and that’s what this play is.”