Ciara Enjoys A Date Night Out With Amar’e in Givenchy 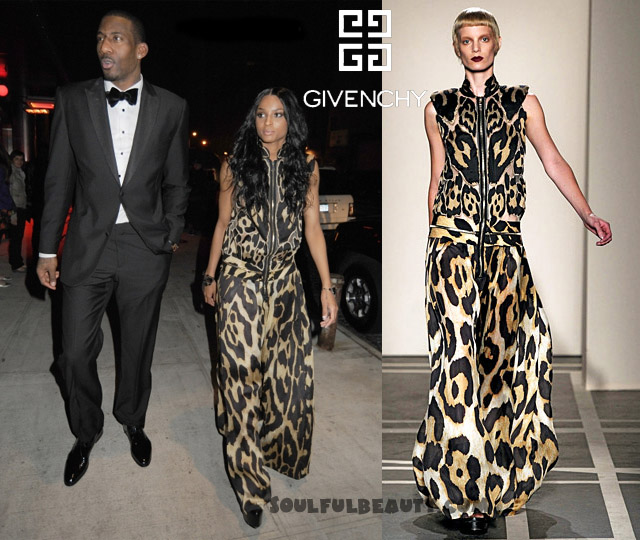 After much speculation on whether or not Ciara and NBA star Amar’e Stoudemire were a couple, Ciara finally came out and admitted the truth. She confirmed the rumor on May 2, with Kevin Frazier of HipHollywood.

The couple were spotted hanging out after the hyped extravaganza that took place at the MET Costume Gala, honoring the late Alexander McQueen. Ciara is shown below wearing a wild, animal print piece by Givenchy, from the designers Spring /Summer 2011 collection.