Eve Behind The Scenes of Haute Living with Swizz Beatz 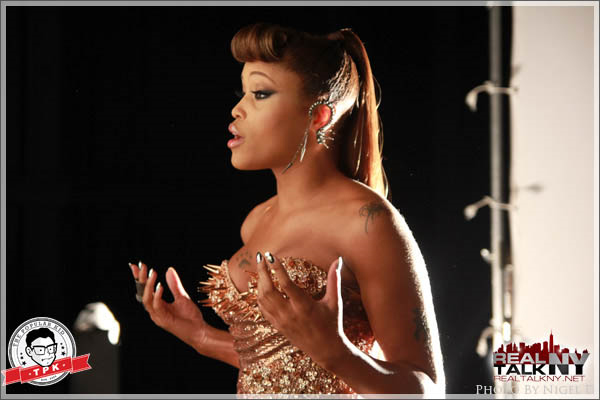 Swizz Beatz wrapped up the video for his latest single, “Coolin,” featuring Eve yesterday, and left us with a behind the scenes sneak peak. The song is off his upcoming album, “Haute Living.”

And getting to the Haute of it, Eve opted for a spiked sequin dress by The Blonds (Phillipe & David). 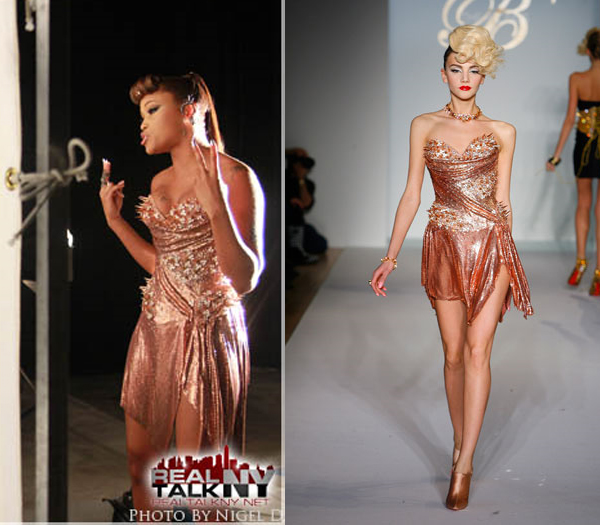 “My new album is (Haute Living) because thats my art, fashion, music, life style Haute means the highest level!…. GET WITH THE HAUTE LIFE!!!” Beatz tweeted back in August. 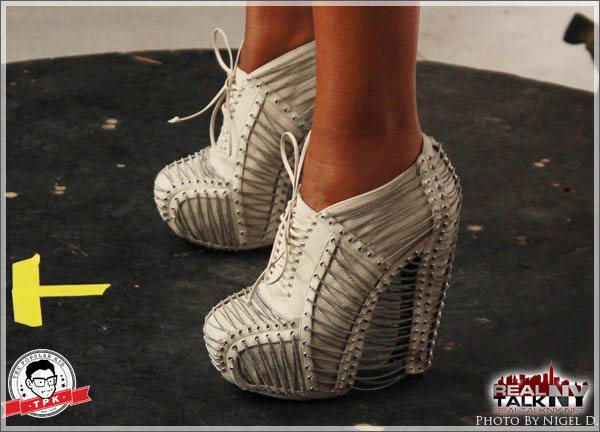 Eve’s shoes (shown above) are the latest Spring Summer 2011 design by Iris van Herpen x United Nude (Crystallization Collection), and shown below, Eve is sporting a pair of crystal Alexander McQueen’s ??? for another one of four videos that were shot for Swizz’s upcoming “Haute Living” album.
“UGGGGGGGGG LOOK AT MY SIS EVE SHOE GAME ON SET OF OUR VID EVERYDAY WOW!,” he tweeted. 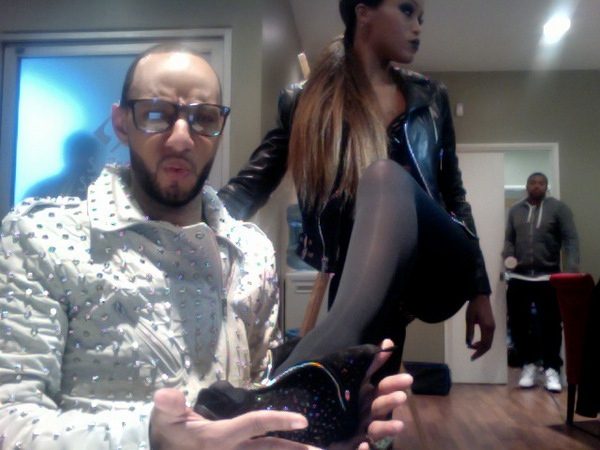