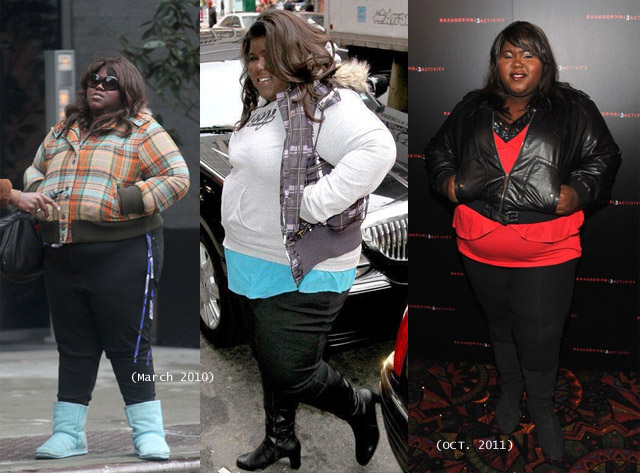 Actress Gabourey Sidibe is coming a long way since her overnight sensational debut in the Oscar winning film, “Precious.”

While some things happen overnight, other things don’t. But, after being heavily criticized for her weight, Sidibe appears to be taking charge of the issue by dropping some extra pounds. She also looks to be trying real hard to step her street style game up a notch. (What are your thoughts)?

A lot of critics wrote Sidibe off because of her weight, projecting “Precious” would be her biggest (and possibly only) success. However, filmwise, Sidibe doesn’t seem to be having many problems. Her latest upcoming flick, “Tower Heist,” with comedian Eddie Murphy proves it. (Catch a preview below)