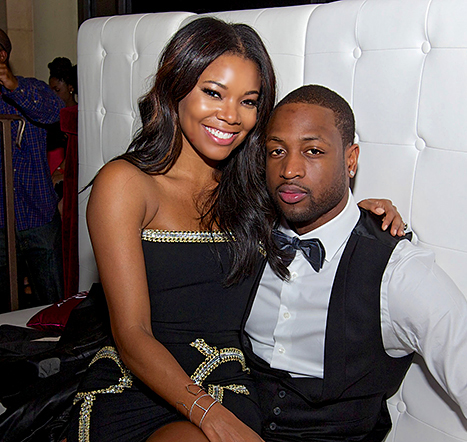 The two looked good together; Gabby in a Gucci Spring 2010 tribal print dress and Dwayne in Gucci loafers. It's rumored that they made a formal announcement at the event that the two were officially a couple and the comedy show was their coming out party. If that's true the comedy show must have really been a hit, because that right there is funny than a mofo.