Keri Hilson is no stranger to one night stands. She made it perfectly clear in a past interview with Perez Hilton that she sometimes just wants to be f^c?$d, and she’s still giving the same notion that it’s nothing serious, just sex, in the video for her latest single “One Night Stand,” ft. Chris Brown.

Not to be outdone, Rihanna, on the cover of the latest issue of Rolling Stone magazine needs no introduction, in terms of sex appeal. The barely there shorts she’s wearing are clearly fair game for the S&M persona she likes to represent. In this issue, which is on stands April 1, Rihanna reveals one of her sexual secrets:

“Being submissive in the bedroom is really fun,’ she said. ‘You get to be a little lady, to have somebody be macho and in charge. … That’s fun to me. … I like to be spanked. Being tied up is fun.” 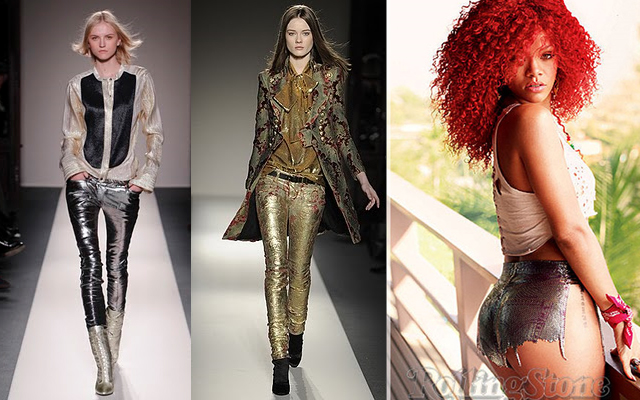 The Balmain Fall 2011 models to the left are simply proving that metallic just may be one of the hottest trends for upcoming seasons. And, if you’re wondering who the designer is that created Rihanna’s most talked about mystery shorts, according from her recent tweet via twitter they are real and not painted on. The “chain mail,” metal, mesh short shorts were custom made by Michael Schmidt Studios for the Rolling Stone magazine shoot’s stylist, B. Akerlund.
[mashshare]
Comments
Facebook 3.6KFans
Twitter 0Followers
Youtube 1.5KSubscriber
Menu Title