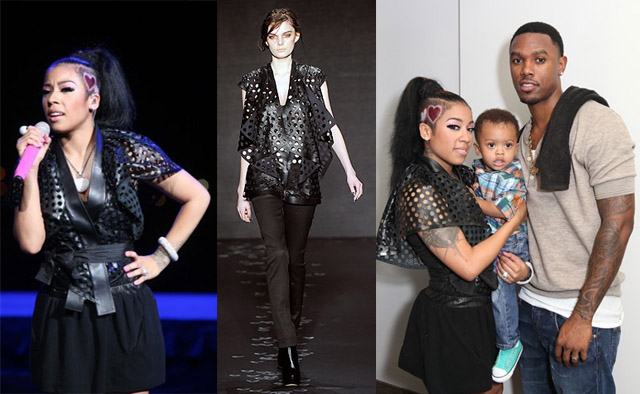 Keyshia Cole hit the stage at Chene Park Amphitheater in Detroit on Friday (July 29). She rocked a mohawk inspired hairdo with shaved hearts, and although not confirmed, she was wearing what appears to be a Fall 2010 design by Cushnie et Ochs.

Keyshia posed for the camera backstage with her husband and Cleveland Cavalier Daniel “Boobie” Gibson and their son Daniel Jr., who also joined her on the stage to perform (see video below). 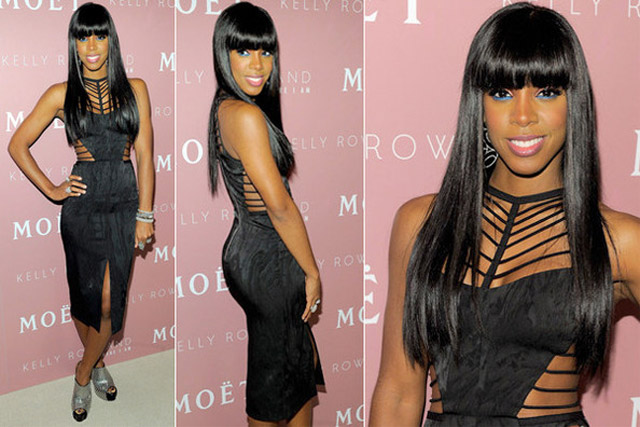