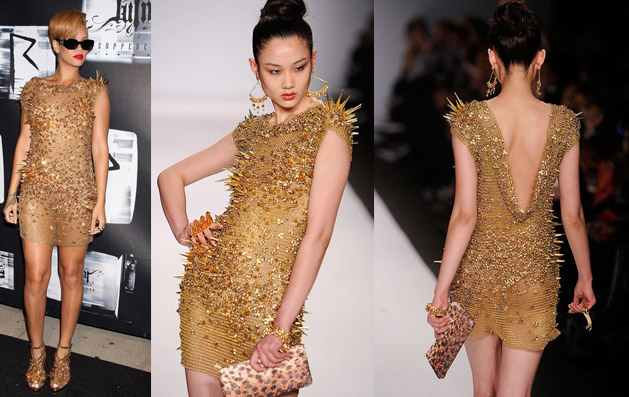 Rihanna's been hiding out during the last few rounds of Fashion Week, but by the looks of things on the Ecco Domani runway it could be for a reason. It appears that Rihanna has already been there and ran with the look, and now on to the next season.

The Ecco Domani Foundation were on board with a number of designers and their Fall 2010 collections today, Feb. 15 during New York Fashion Week. “The Blonds” showcased a spiked gold dress, but far ahead of the game, Rihanna ran with the sparkling gold spike look for her album release party back in November, 2009; well before the design hit the runway. Or are they suddenly doing repeats??? 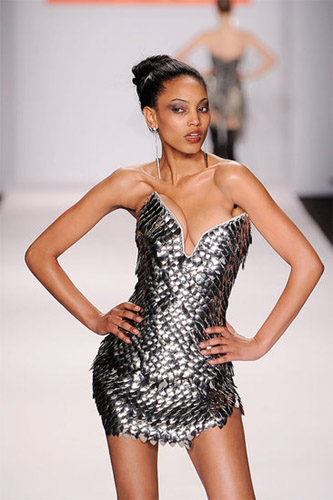 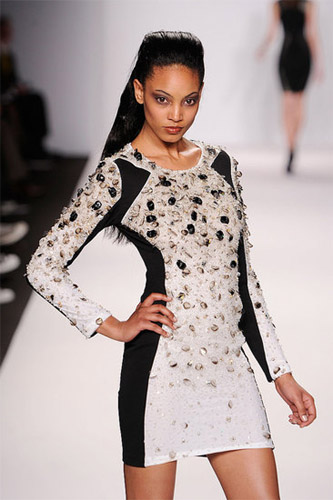 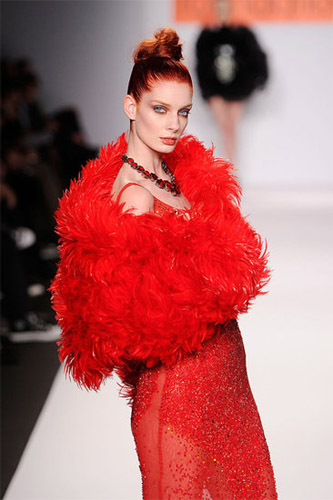 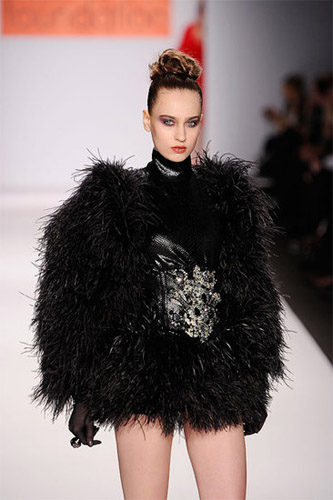