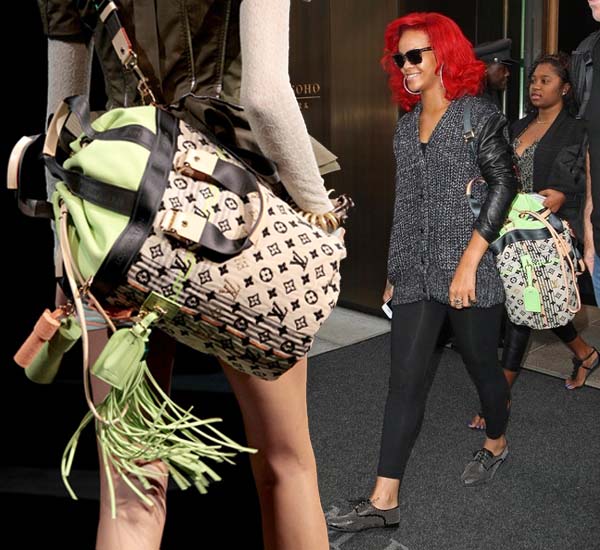 Rihanna put her favorite “Vlieger and Vandam” gun bag down for a minute and grabbed a Louis Vuitton from the Spring/Summer 2010 collection before the season is officially over. She was spotted leaving the Trump Soho Hotel in New York City on Sept. 28, and along with the bright red hair, she appeared to be “loving it.”