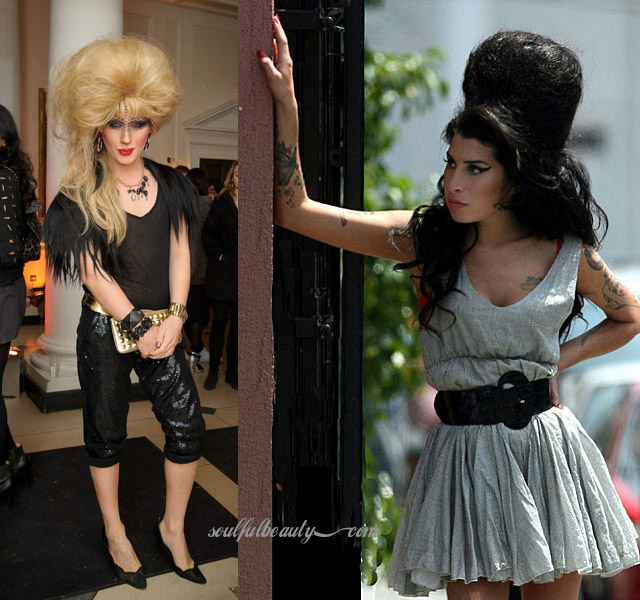 Apparently the late Amy Winehouse wasn’t the only one that was into big, bold, hair statements. Recording artist Jodi Harsh attended the exhibition and book launch of Dazed and Confused magazine’s 20th anniversary at Somerset House on November 4, 2011 in London, England. She teased her hair up as far as it could go to create a look very similar to the beehive style Winehouse was known for.

In other news, Nas premiered one of Amy Whinehouse’s last tracks “Like Smoke,” ft. Nas, which will be released on her posthumous Dec. 6 album Lioness: Hidden Treasures. The song was recorded in 2008 and premiered this Wednesday on New York City’s Hot 97.