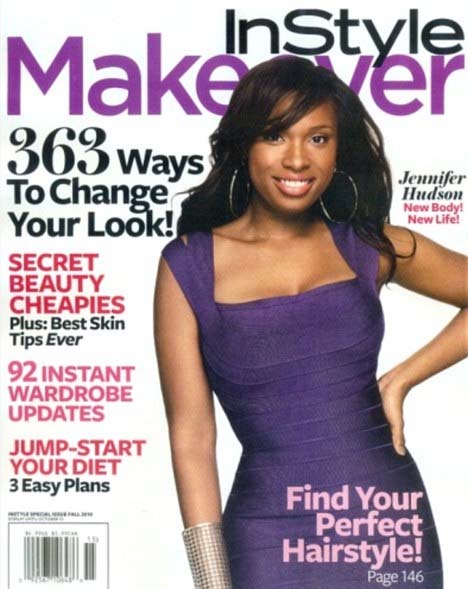 Since dropping from a size 16 to a size 6, singer/actress Jennifer Hudson says enough is enough. “I don't want to lose any more weight, and you're never going to see me skinny,” she told InStyle Makeover magazine in a recent interview.

Amazed with her new look and happy in her skin, Hudson also said: “I have a serious shopping problem now. Each city we go to, my suitcase won’t hold my new clothes so we have to box them up and ship them home.”

It's no secret that Hudson shed pounds by working out five times a week with celebrity trainer Harley Pasternak and following a Weight Watchers plan, for whom she is a spokesperson. She claims, “It's not a diet, it's really a way of living that teaches you better skills…. For years I felt like I could never have ice cream, but I can eat ice cream occasionally now!”

Meanwhile, rapper 50 cent has gained most of the 60 pounds he shed in a total of nine weeks back. After going on an unhealthy liquid diet and starving himself for an upcoming movie in which he plays a cancer patient, 50 recently made an appearance on the Today Show to share his experience: