Actress Lynn Whitfield and Actress Alfie Woodard enjoyed Mother's Day at the 2011 New Orleans Jazz & Heritage Festival. The event was held at The Fair Grounds Race Course on May 8, 2011 in New Orleans, Louisiana. 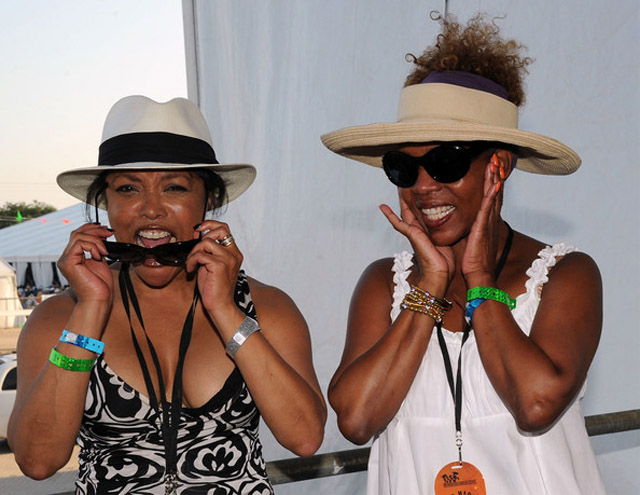 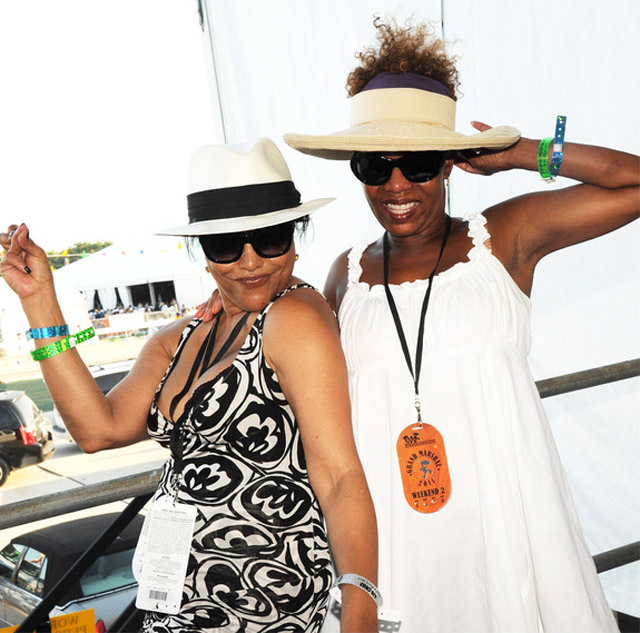 The day prior (May 7), Lauryn Hill made a rare appearance to the event, and according to bnd.com, she got some mixed reviews on her stage performance.

Hill debuted at the festival, pumping up the crowd with hits such as “Everything is Everything,” “The Sweetest Thing,” and “Lost Ones,” before moving into a segment spotlighting Bob Marley's “Waiting in Vain” and “Is this Love.”

“She was perfect,” Dyer exclaimed after the show. “Before she got on stage I was praying she wouldn't change the songs up too much and she didn't.”

Melanie Bienemy, also of New Orleans, said she was unhappy that Hill's set focused so much on rap and not enough on her vocal skills.

“I was a little disappointed,” Bienemy said. “She has such a beautiful voice and the fact that she didn't exercise that talent as much was a letdown.”