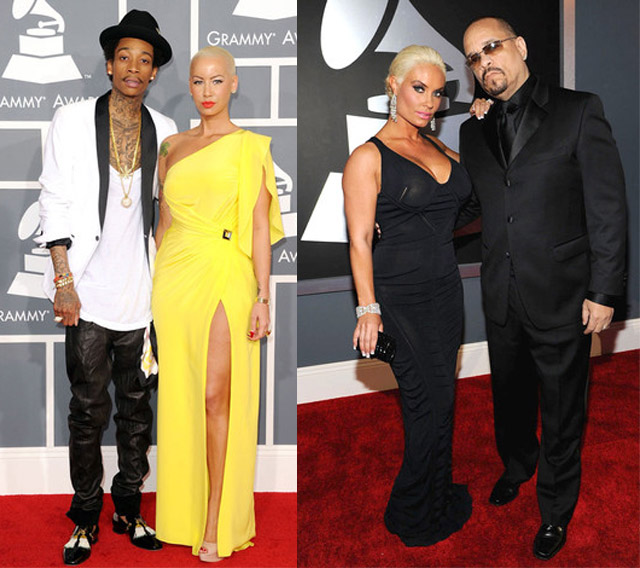 The 54th Annual Grammy Awards 2012 is in full effect this evening (Feb. 12), and to kick things off, celebs hit the red carpet in quite a few interesting looks. 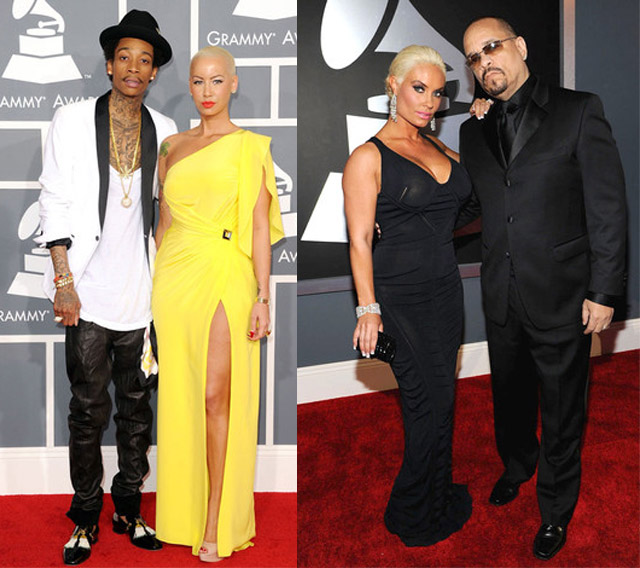 Alicia Keys opted for a LBD paired with Christian Louboutin Spring 2012 Bis Un Bout pumps. She topped her look off with a gold chrome necklace. , while Kelly Rowland went for a nude color, sheer, silver embroidered gown by Alberta Ferretti. 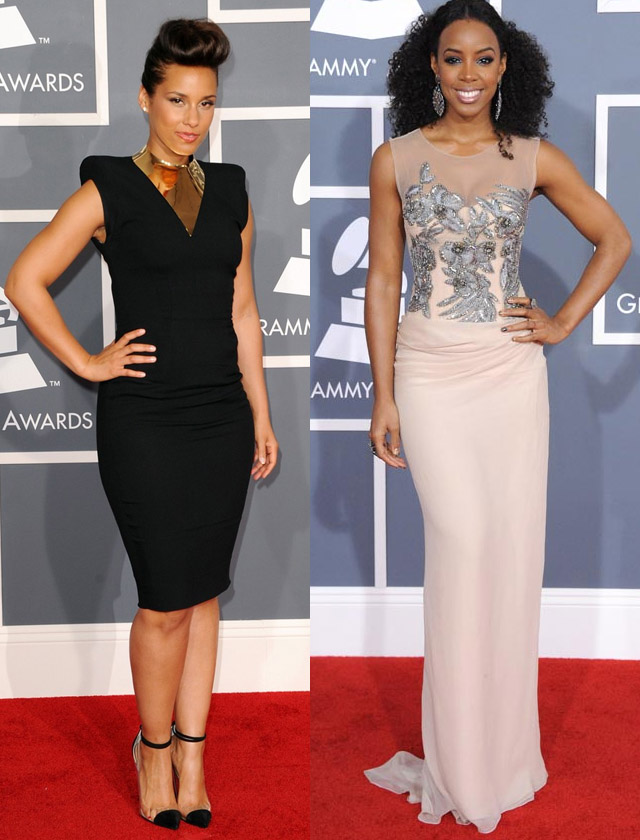 Corinne Bailey Rae went all-the-way in Christian Siriano. The ruffled dress is a signature style of the Project Runway contestant, and the shoes from Siriano's Fall 2012 collection top off the look. 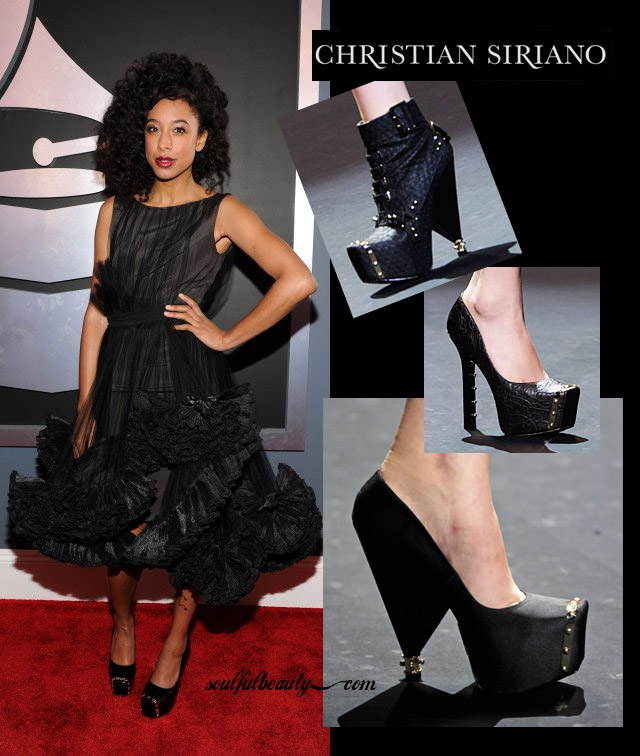 Nicki Minaj came with her usual shock factor. she rolled onto the scene in a red custom Versace get up with a Pope John Paul look-a-like in tow. 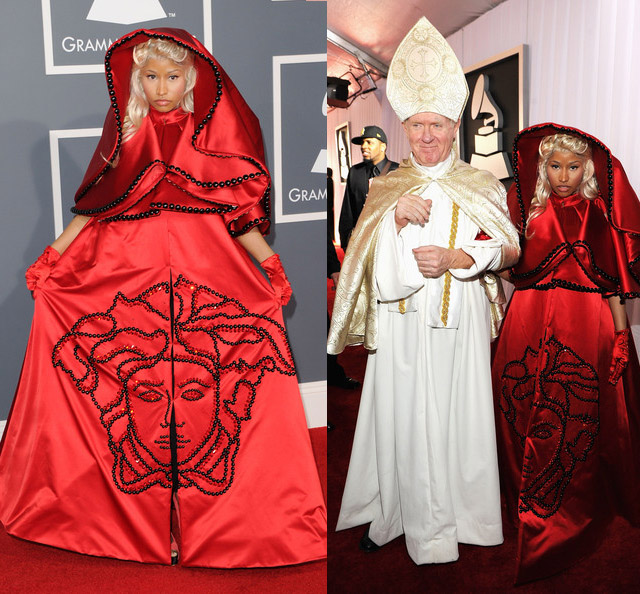 Rhianna chose sexy as always, but this time she added a little business savvy. She told Ryan Seacrest her dress was “a collaboration between Mr. Armani and myself.” The inspiration behind the dress was “A little Michelle Pfeiffer from Scarface–simple, sexy, yet a little gangster at the same time,” she said. 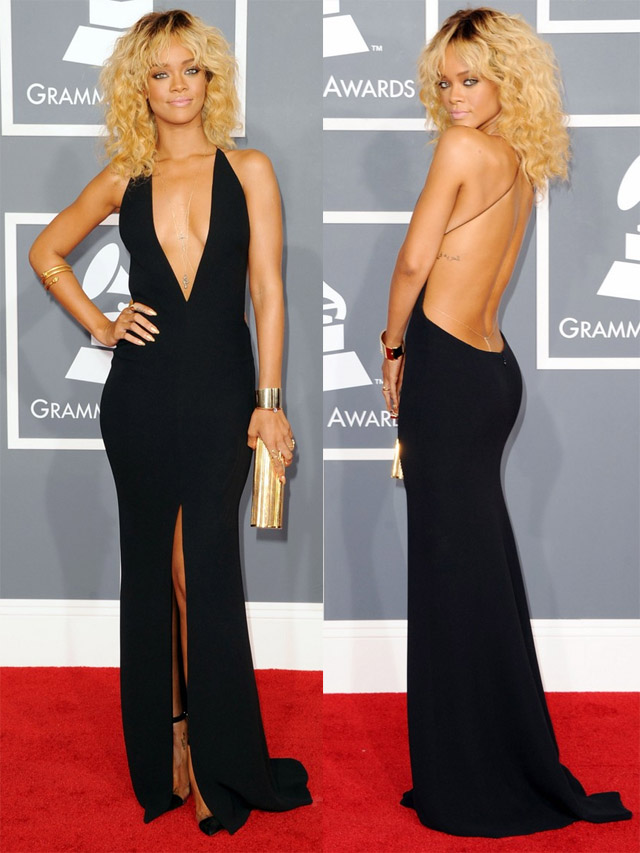 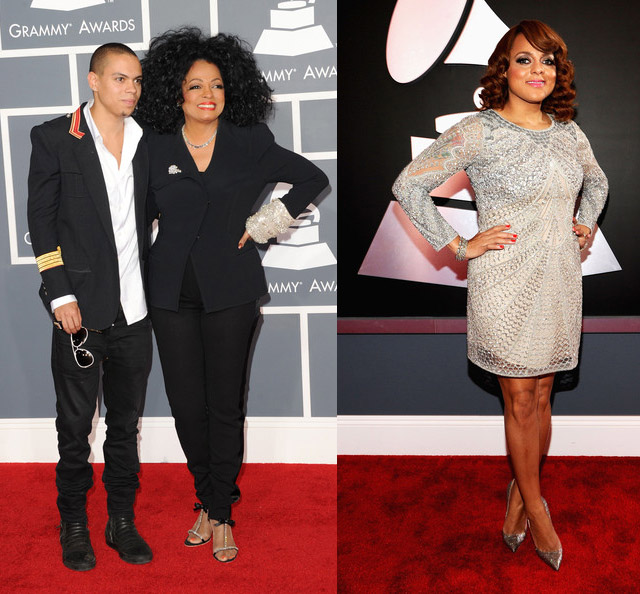 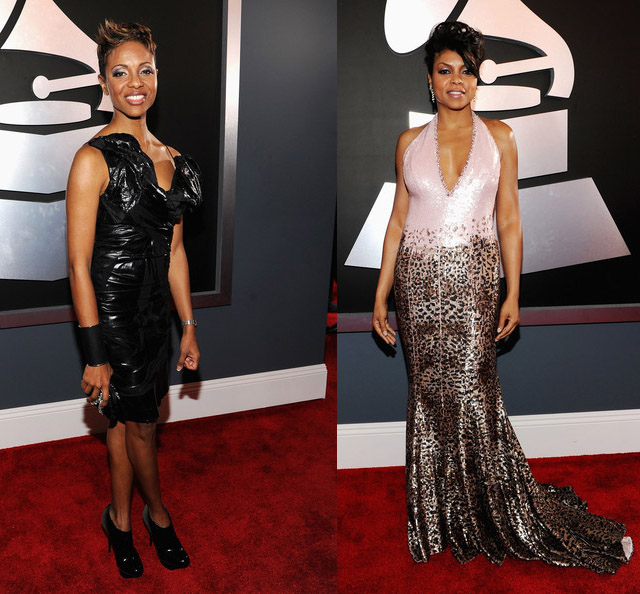 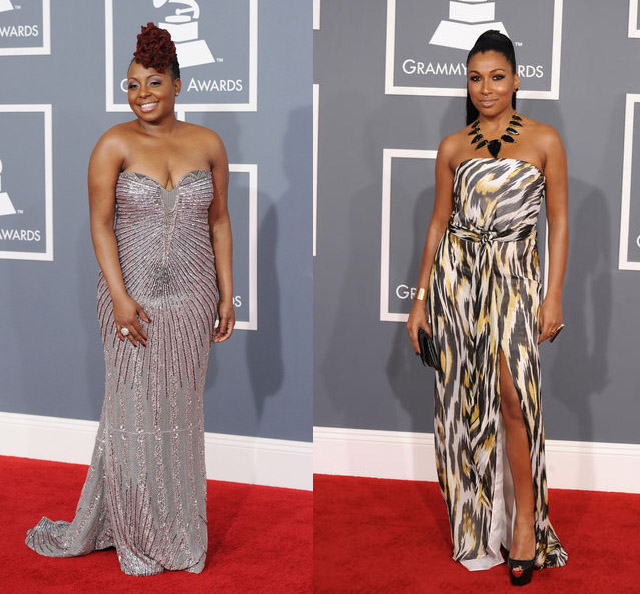 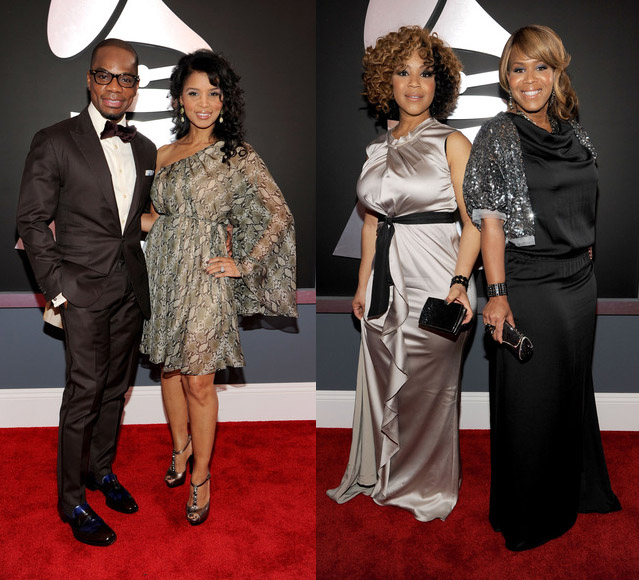