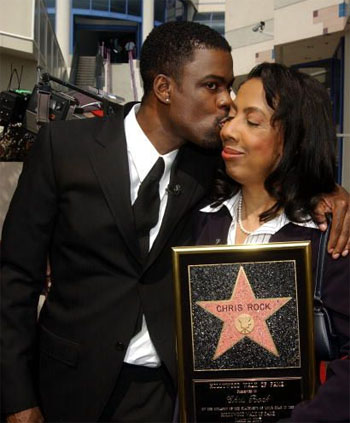 Rose Rock, mother of comedian Chris Rock, author and South Carolina native — had a simple message for the 11 Upstate women honored Thursday night: “Your work not only validates you, but all of us.”

Rock took time to say that African American women are about to experience a first in a lifetime experience if presidential candidate, Sen. Barack Obama, wins the White House and his wife, Michelle, becomes “the first black first lady.”

She said there have been gains for black women even if Obama isn’t elected president this fall. “He’s put the crown out there to pick up and put on,” Rock said.

“Raising The Bar of Excellence” was this year’s awards theme.

The Rev. John T. Berry, the banquet’s coordinator, said it’s critical to acknowledge the accomplishments of the women. “They play key roles in our community,” he said.

Rock, whose son stars in “Everybody Hates Chris,” has written a book titled: “Mama Rock Rules: Ten Lessons for Raising a Household of Successful Children.”

Rock, who is from Andrews, S.C., said she has raised 10 children, including her famous son, and 17 foster children, mostly in Brooklyn, N.Y.

Host of a radio show in New York City, Rock also describes herself as a motivational speaker for women and a child advocate.

She urged everyone in the room to be a parent and not shy away from the tough challenges.

“One of the things about obstacles; it only tells you how much you want something,” she said in a 35-minute speech. “We were never supposed to make any of the strides that we’ve made.”