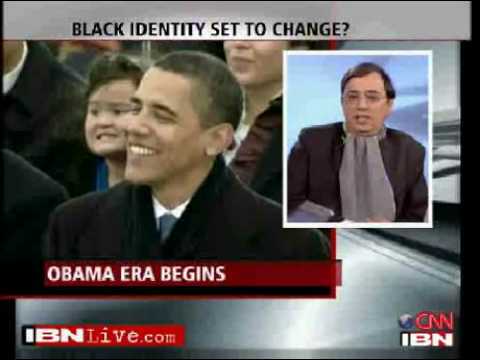 For years Blacks have been discriminated against. But now that change has come to America with Barack Obama being elected as the US President. “Black” music, fashion and style and cultural implications are being perceived as dignified, high class and an ideal of beauty. With Barack and Michelle Obama being called the new 'it' couple, the cultural implications of the Obama presidency have put the black identity in the spotlight.

Saying the Indian mindset on standard of beauty still stuck on lighter skin colour, Tarana thought Indians were still regressive when it came to dark skin.

“Unfortunately, it is still the norm of our country that one would find matrimonial ads asking for fair, beautiful ladies and handsome gentlemen,” said Tarana.

“We can accept brown skin people as our leaders, but when we want style we look towards fair skin,”

Though the mindset of fair is beautiful and dark or dusky represents sexuality does exist in India, Tarana also thought that with actresses like Konkona Sen Sharma and Nandita Das times are changing. And with the multiplex, parallel cinema movement; dark skin could be considered a role model of style and beauty in times to come.

The debate concluded on a hopeful note: While white skin has been the ideal of beauty, style and dignity in the past, times have changed and with Barack and Michelle Obama’s influence and impact. Black indeed is beautiful.