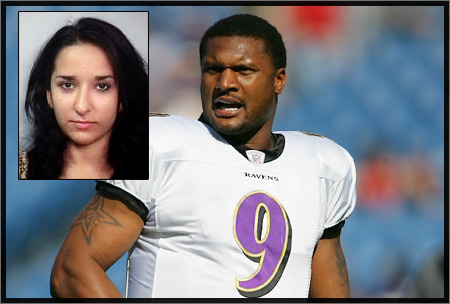 Speculation over Former NFL star Steve McNair's death can be put to rest as police rule it was in fact a murder/suicide.

Reports show that McNair was shot dead in his sleep last week by a 20-year-old girlfriend distraught about mounting financial problems and her belief that he was seeing someone else, police said Wednesday.

Sahel Kazemi “was spinning out of control” when she shot McNair four times as he dozed on a sofa early Saturday, then turned the gun on herself, Police Chief Ronal Serpas said.

Interviews with friends revealed that she was making payments on two cars, her rent was doubling and she suspected the married McNair was having a second affair with another young woman.

She told a friend on Friday that “My life is a ball of s— and I should end it,” Serpas said.

Police earlier had labeled McNair's death a homicide, but waited for further tests and the revelations about Kazemi's personal problems before concluding that she pulled the trigger of a 9 mm semiautomatic pistol in a condominium McNair rented with a friend.