Mildred Patricia Baena may have been Arnold Schwarzenegger's former housemaid, but from the looks of it, she's reaping benefits, and living large in a $12 million culdesac in Bakersfield, CA.

Mildred, 50, known as Patty, is said to have mothered a son by Schwarzenegger while she worked at the family home of Schwarzenegger and his wife for two decades. According to reports, Mildred received a severance payment upon leaving. It's said that Schwarzenegger didn't know he was the child's father until the boy was a toddler.

Mildred currently lives in a beautiful four-bedroom home with a pool in an upscale area of Bakersfield, with the son she had with Schwarzenegger and three other children. The news of Schwarzenegger's lovechild broke on Tuesday (May 17), but Mildred has not been home since to comment. 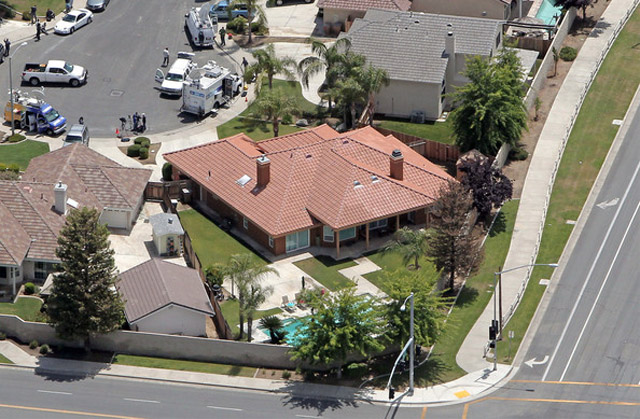