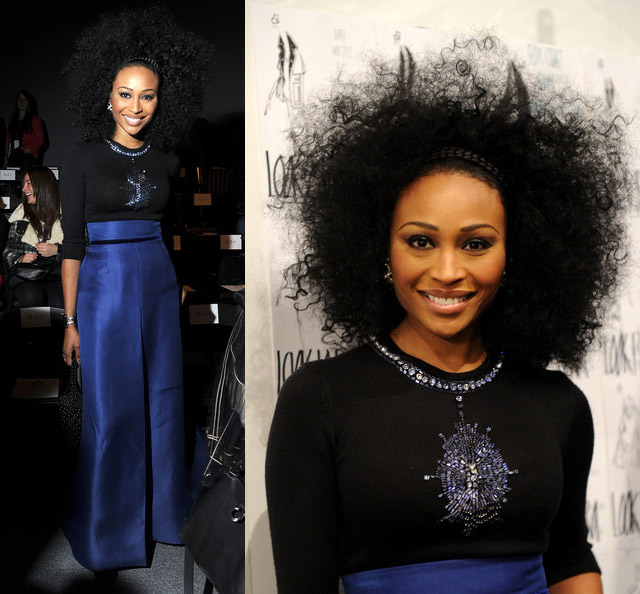 It takes a lot of patience to transition from relaxed to natural. It takes even more confidence and courage to step out in a natural hairstyle that changes your entire look. They often say to be natural, you have to know who you really are, and what you really want. I believe that to be true. 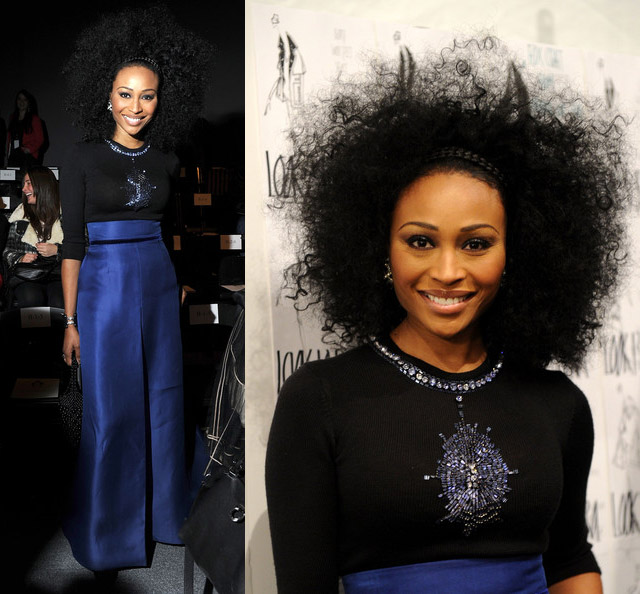 Model Cynthia Bailey switched up her look, and debuted a new natural Afro style at the Zang Toi Fall 2012 fashion show during New York Fashion Week. The show was held at The Studio at Lincoln Center on Feb. 13, 2012 in New York City.

It's hard to say whether or not Bailey was wearing a wig or her own natural hair, but either way she gets her props for going for how she feels without worrying about what others might think.