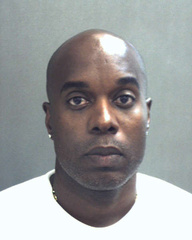 You always hear randoms thoughts of guys saying what they would do to somebody messing with their daughters, but you never really hear too many actual stories (at-least not such as this one):

An Apopka man is behind bars for shooting an 18-year-old 4 times after he caught him having sex with his 16-year-old stepdaughter.

The stepdaughter told police that the two were having consensual sex when her stepfather entered the room. She said Edwards left to retrieve a gun and shot at Harp as he was leaving. However, Edwards told police that Harp “pounced” at him, and because he did not know Harp, he was afraid and shot at him in self-defense.

The victim managed to escape to get help and call 911 and is listed in stable condition.  You can listen to the 911 call from both the stepdad and help for the victim below:
[mashshare]
Comments
Facebook 3.6KFans
Twitter 0Followers
Youtube 1.5KSubscriber
Menu Title