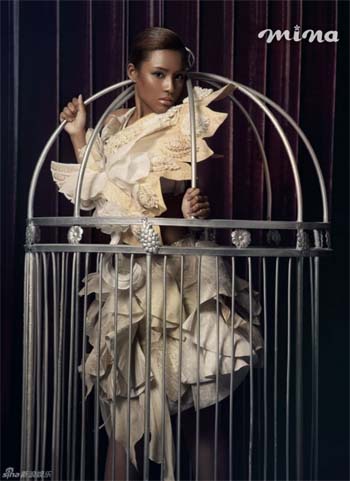 Lou Jing issued a response to all the racist comments by saying that she reserves the right to take legal action against anyone who has something negative to say about her skin color. However, with freedom of speech I doubt she would be successful with fighting it on a legal level. It’s pretty sad and unfortunate, and you would think the forum itself could step in and help by removing the post.

Shanghaiist.com (a city blog) noted: ‘Perhaps because of China’s status as a mostly mono-cultural giant that is only just opening up to the world, the topic of racism in this country is always a landmine-infested war zone.’