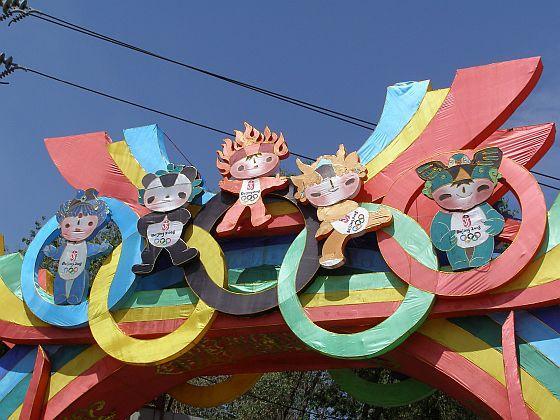 Standing tall on the podium — lean, toned and bulging with pride — Olympic medalists look like the pinnacle of self-discipline.

But Michael Phelps' recent tabulation of his daily meals conjured up an image of reckless abandon: 2 pounds of pasta, an entire pizza, energy drinks, two cups of coffee, a five-egg omelet, a bowl of grits, three slices of French toast with powdered sugar, three fried-egg sandwiches with cheese and chocolate chip pancakes. The account left many asking, what do Olympians really eat?

If you're on the Chinese rowing team, you might be eating bull penis soup for breakfast, as a London Time's reporter described in February.

Elizabeth Applegate, Olympian nutrition consultant and director of sports nutrition at the University of California at Davis, said Phelps' diet is far from thoughtless gorging. Athletes in Beijing are eating some of the most artfully orchestrated meals in the world — designed for their bodies, their sport and their cultural cuisine preferences.

American diver Chris Colwill, who placed fourth with his teammate Jevon Tarantino in the men's synchronized 3-meter springboard Wednesday, is a big fan of Chinese food.

“Lately, I've been really into dim sum,” he told ABCNews.com, referring to the southern Chinese food.

Colwill is competing for the third time in Beijing in his first Olympics. He consumes at least 3,000 calories a day and works with a nutritionist at his home training center at the University of Georgia.

The average person should consume an average of 2,000 calories a day, or fewer, most nutritionists say. An average Olympian consumes two to three times more than that amount per day.

On an intense training day, Phelps takes in 12,000 calories. When Colwill heard the number, he was shocked. “I can't image what 12,000 calories [looks like]. That's about eight meals a day. Big meals.”

Applegate, who has consulted with Olympic athletes and their trainers for more than 20 years, said that somewhere within that smorgasbord of food that Phelps consumes, there's enough protein, vitamins and nutrients to sustain him. Beyond that, Phelps is just searching for pure calories, she said.

“He needs to eat calorie-rich food, and that's what chocolate chip pancakes are,” Applegate said. “I'm not surprised. Athletes eat like that all the time.”

Some athletes, that is. Depending on the athletes' size, sport or event, the meal planning can change drastically. Applegate would guess there's an entirely different Olympian dinner at the gymnastic team's table.