Doris Payne? The World Is Not Ready for Doris Payne! 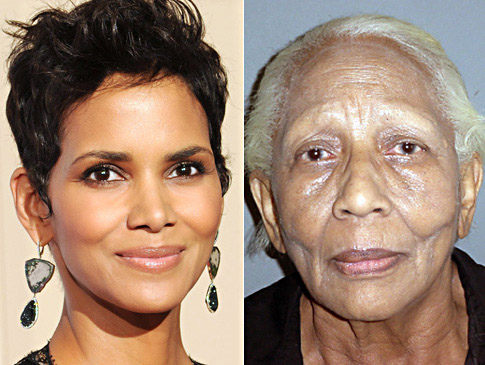 Who Is Doris Payne? is known to some as an upcoming film starring Halle Berry, but the real Doris Payne is known internationally as a 79 year old professional jewel thief.

To make things clear, Payne is no rookie when it comes to racking up material goods illegally. She has done prison time in 5 states, has 22 aliases, and has spent more than a dozen years behind bars. Surely that qualifies her to have a movie portraying her life. But now that she’s been arrested once again, this time for something she claims she really needed… for the rain, the filmmakers of Who Is Doris Payne? may have to reconsider an ending to the story.

Payne was arrested Friday on suspicion of grand theft after security guards at a Saks Fifth Avenue store in Orange County Los Angeles accused her of taking the tags off a Burberry trench coat valued at $1,300 and walking out without paying, said Costa Mesa Police Lt. Mark Manley.

She remains in custody without bail because of a parole violation. Although she has had high-end tastes, the allegation that she took a coat is a departure of sorts for Payne.