Rumor has it that Fantasia “boycotted” this year's Grammy Awards by deliberately not making a personal appearance, because she wasn't invited to take part in the Aretha Franklin tribute. 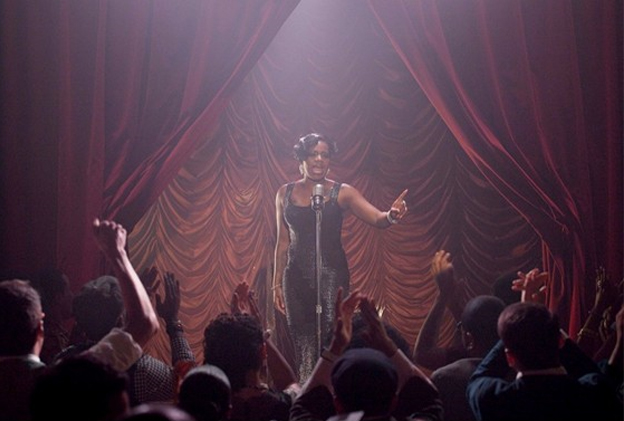 “I'm going to be very honest with you,” she told Rosci and Terrance J of BET's 106 & Park, during a phone interview. “You know I wasn't at the Grammys last night. I'm kind of going through my own little thing… Last night they were honoring someone who is my idol, Aretha Franklin, and there is no way I could have sat there and not got the happy feet and wanting to jump on the mic because she is my favorite so I felt like, you know, at the end of the day I should have been on that stage so, I kind of did my own little thing last night.

I watched Cee-lo's performance, I love Cee lo, love Gaga, watched Gaga, and I love Rihanna's performance, but I kind of cooked and did my own think last night and was in my own world and was hoping that I won. I have this feeling, like every year I go, I feel like they always look over some of the good singers that are still around and I'm not trying to be funny but that's just the way I felt.”

While these are the words that came out of her very own mouth, it seems there might be a little more to it.

After receiving eleven past nominations, and never winning, maybe she was just a little bitter that the industry picks and chooses who they want, rather than who is most deserving?

Whatever the case, Fantasia was surprised to learn that all her hard work finally paid off when her name was announced for her first Grammy on Sunday (Feb. 13) for Best Female Vocal Performance.

Fantasia won the award for “Bittersweet,” a track off her her latest album, “Back To Me.”

When asked about her reaction to winning, Fantasia responded by saying: “Actually I scared my daughter because I just bust out and started crying, and she thought something was wrong with me. You know it's been a long time coming… at the end of the day its been a long time coming for me and I have been through a lot of things so when Brian called me (my manager accepted the award for me), I just bust out started crying because I felt like, man, I wasn't gonna stop until I got one and I'm still not going to stop and you know this has just given me motivation to do my own thing. So, I just started crying and just thanking God that finally, eleven times nominated, finally I got one.”