Karl Lagerfeld has absolutely no sympathy for a drunk who's out of control. In an interview with Women's Wear Daily, Lagerfeld expressed his frustration over the recent controversy with former Christian Dior Creative Director, John Galliano (shown below). 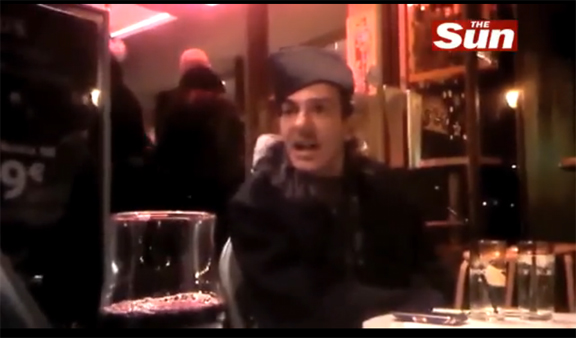 “I'm furious, if you want to know. I'm furious that it could happen, because the question is no longer even whether he really said it. The image has gone around the world. It's a horrible image for fashion, because they think that every designer and everything in fashion is like this. This is what makes me crazy in that story. The thing is, we are a business world where, especially today, with the Internet, one has to be more careful than ever, especially if you are a publicly known person. You cannot go in the street and be drunk – there are things you cannot do… I'm furious with him because of the harm he did to LVMH and Bernard Arnault, who is a friend, and who supported him more than he supported any other designer in his group, because Dior is his favorite label. It's as if he had his child hurt.”

If Lagerfeld feels this way about Galliano, one can only imagine his thoughts on Charlie Sheen and other high profile celebrities who have been in the media as of late for alcohol and drug related issues.

In other alcohol related news, watch as an angry New York woman destroys $1000 worth of liquor, because the store owner wouldn't let her use the bathroom.