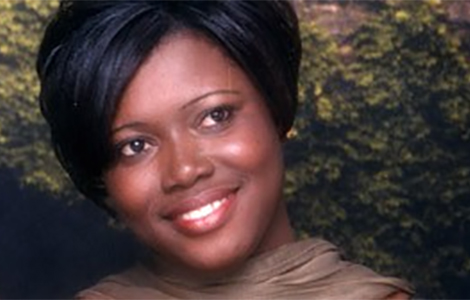 Seems we’ve heard this story all before where a woman goes in for simple cosmetic surgery to loose a few pounds or what have you, only for the procedure to turn life threatening.

First it was The Donda West Story, then it was Tameka Foster, now it’s just another everyday mother of 3 out of Florida who went in for what could have been liposuction, but whatever the case left her brain dead instead.

Can we one day just be happy in the skin we’re in without the unnecessary extra? Because according to recent studies cosmetic surgery don’t increase your chances for getting a higher paying job for being more prettier than previously ugly anyway, so what’s the point? No-one will ever be perfect.

Here we have Rohie Kah-Orukotan who went into the Weston Med Spa in Weston, Florida a healthy woman, but left on a stretcher and is now brain dead leaving her family with the tough decision of pulling the plug. I can’t even imagine how hard that might be.

“A healthy 37-year-old woman shouldn’t go in for that type of procedure and then be declared legally brain dead three days later,” family attorney Michael Freeland said. “That’s not normal. That shouldn’t happen.”

The Broward Sheriff’s Office has opened a case that could turn into a homicide investigation if and when the family decides to terminate Orukotan’s life, which is now solely dependent on hospital machines.