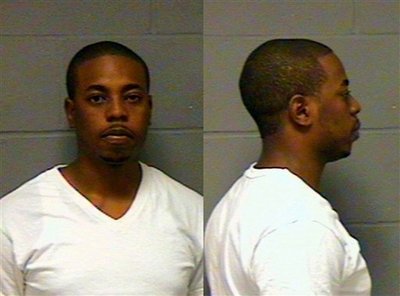 Whatever is going on in 50 Cent's home is far from a dream, instead more like a nightmare for the ladies who visit the rapper's live-in help.

Dwayne McKenzie who works for G-Unit and occupies one of the rapper's 19 bedrooms at his 50,000-square-foot mansion, has been accused of assault on an unidentified woman.

Apparently, McKenzie asked the woman to give him oral sex, and when a friend of the woman took offense, a fight broke out, police said.

When the woman and her friend decided to leave the mansion, witnesses said, another woman, Michelle Krzykowski, ran after them and grabbed the friend, and McKenzie told her she was attacking the wrong person, according to a warrant for McKenzie's arrest.

Krzykowski hit the woman with a hard object, leaving a large gash in her head, police said. Witnesses told police McKenzie pinned the woman to the ground while Krzykowski hit her.

McKenzie, 28, was blasted in the eyes with pepper spray during the fight, Klein said.

McKenzie and Krzykowski, of New Britain are both facing several charges and scheduled to appear in court Sept. 1.

This isn't the first time, the hired help has been arrested on the property.  Just last year, McKenzie was taken into custody after receiving a call from a 22-year-old woman who said the man choked her and struck her with a belt during an argument.  At the time, McKenzie was already released recently for allegedly pistol-whipping a nightclub promoter in Hartford, Connecticut.