Gabrielle Douglas Lands The Role of Spokesperson for McDonald's

Gabrielle Douglas and her gymnastic stunts is keeping her quite busy since being the first African American female to ever win the Olympic Gold, and making history. Besides numerous endorsements that she has accumulated, she can now include McDonald's as a major source of flowing income to her resume. 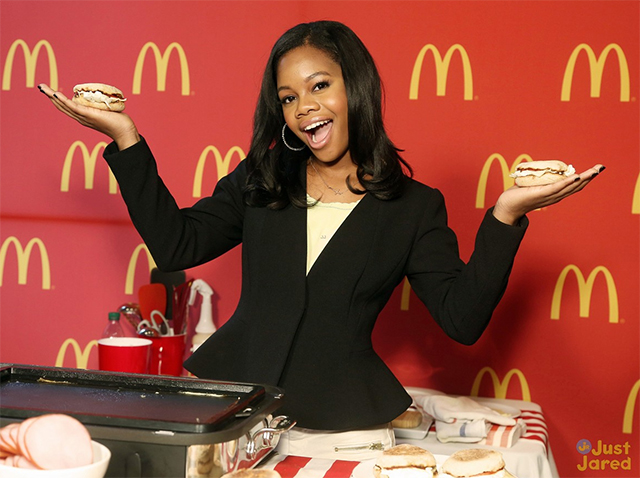 McDonald's recently announced that it has hired Gabby Douglas, the 17-year-old Olympic gold medal gymnast, to help promote its newest menu addition — the egg-white breakfast sandwich. Douglas won't be featured in ads, but rather will be used to hype the new breakfast item at the restaurant chain's events.

The announcement of Gabby becoming spokesperson for McDonald's comes not long after she was scolded last year on the Jay Leno show by First Lady, Michelle Obama for eating Egg McMuffin sandwiches.

“You're setting me back Gabby,” Mrs. Obama responded after Gabby claimed the sandwiches were her team's choice of food after winning the gold medals. “We didn't have time to celebrate. It was team finals and had to turn the page all-around finals and event finals after that. But, after the competition, I splurged on an Egg McMuffin at McDonald’s.” 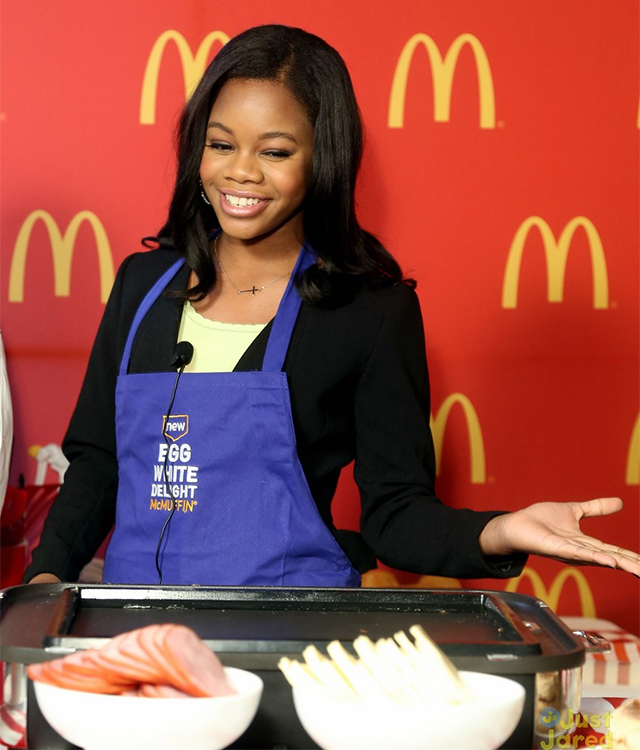 McDonald's, a popular target for critics of fast food and the targeting of kids, hope Douglas will assist in its on-going effort to clean up its image by offering healthier menu options.

Though McDonald's hasn't announced an African-American targeted ad campaign involving Douglas or ad agency Burrell, spending by black consumers may change the chain's plans. According to the latest edition of The Buying Power of Black America, of the $22.4 billion all black households spent eating out in 2011, more than 11% ($2.6 billion) was spent on breakfast meals. And that number is trending upward. It increased by 9% between 2010 and 2011.