Get Rid of Your Eyebrows! It’s Becoming the Latest Trend 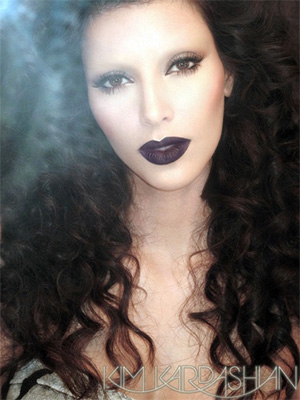 Just as many people as we have that insist upon having the perfectly shaped eyebrows by making regular visits to their esthetician or by plucking away at unwanted hairs that seem out of place — we have just as many people who are trying to bring the ancient Mona Lisa to life.

All across the runways and throughout your favorite magazines — if you look closely enough — NO EYEBROWS are becoming the latest trend.

“Forget shaping and plucking,” says The New York Times. “The newest trend in eyebrows is to get rid of them altogether, either by bleaching them into oblivion or by shaving them off. The look has cropped up across the fashion world and is trickling to the streets. It was a conspicuous trend on the fall and haute couture runways, on models like Lara Stone and Iris Strubegger, and is now reflected in magazine and advertising images.”

Unlike Whoopi Goldberg, who many suspect has alopecia which prevents her eyebrows from growing — reality television star Kim Kardashian who loves experimenting with her hair joined the no brow movement during one of her recent photo shoots.

Kim K. posted this extremely gothic looking picture on her website, where she appears pale with dark lips and no eyebrows. According to Kim, she teamed up with her friend and makeup artist Troy Jensen to create a vampire-like look.

“This look was inspired by Prada’s fall 2009 runway show and it is so unlike anything I’ve ever done!” writes Kim. “Pretty creepy, right? I call this my Twilight look!” Of course, Kim didn’t actually get rid of her eyebrows, Troy used an eyebrow concealing wax to hide them.

To achieve Kim’s look, Troy started by covering the face with Bobbi Brown Skin Foundation SPF 15 in Porcelain and setting it with Bobbi Brown Sheer Finish Pressed Powder. Next he dusted the pale complexion with Bobbi Brown Illuminating Bronzing Powder in Antiqua. For Kim’s bold goth lips, Troy applied a Bobbi Brown clear lip balm, then using Bobbi Brown cream eyeliner for lip color, he filled in Kim’s lips. To matte it out and give a hint of color, Troy added Bobbi Brown eggplant purple eyeshadow over the top. 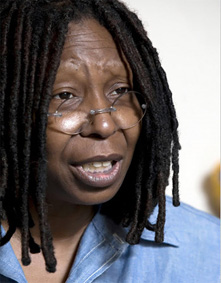 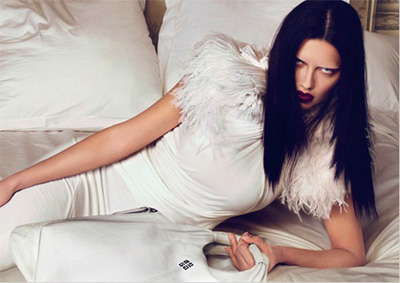