If you've been following this site, you're probably aware that Asha Mandela currently holds the world record for longest dreadlocks on a female. If you haven't read any of the amazing stories and interviews, you can check them out here. 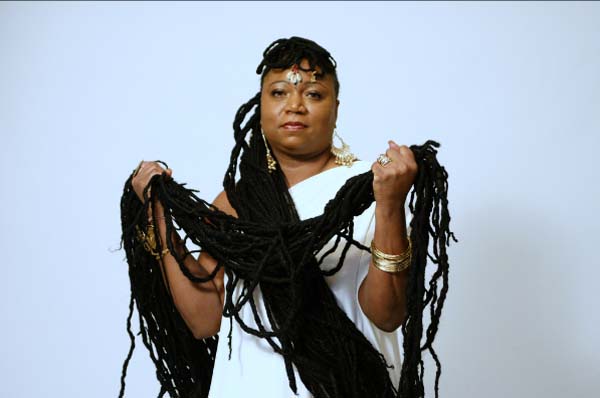 Unfortunately, with victory, there also comes hate. Mandela's victory was fulfilling her dream to hold the record for world's longest dreadlocks. And as previously mentioned, there are a number of people who were skeptical of the unrealistic growth spurt of Ms. Mandela's locs, which allegedly went from 8 ft. to 19 ft. within a one year period. This along with other issues between Mandela and a few unhappy ladies, led to complaints being filed with GWR, who in response have decided to “rest” the category for world's longest dreadlocks, despite Mandela's recent visit to a specialist who confirmed her locks are 100% real.

Without willingness to professionally validate the authenticity of Mandela's locks, GWR issued the following statement on their website today (Dec. 10), that ultimately stripped Mandela of her title:

“Following a review of our guidelines for the longest dreadlock, we have taken expert advice and made the decision to rest this category. The reason for this is that it is difficult, and in many cases impossible, to measure the authenticity of the locks due to expert methods employed in the attachment of hair extensions/ re-attachment of broken off dreadlocks. Effectively the dreadlock can become an extension and therefore impossible to adjudicate accurately. It is for this reason Guinness World Records has decided to rest the category and will no longer be monitoring the category for longest dreadlock.”

This is sad news for a couple of reasons; one because there aren't too many African Americans making history for having the world's longest hair, in fact, Ms. Mandela may have been the first. Also, the fact that another black woman or women went to extremes to bring Ms. Mandela down and have her stripped of her crown only adds to the stereotype that black people hate more than they are happy for each others success.