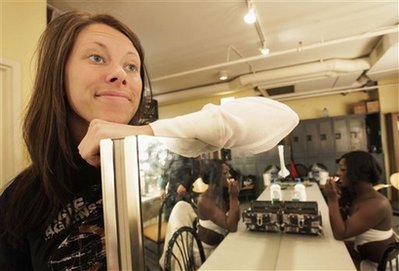 As a bartender and trainer at a national restaurant chain, Rebecca Brown earned a couple thousand dollars in a really good week. Now, as a dancer at Chicago's Pink Monkey gentleman's club, she makes almost that much in one good night.

The tough job market is prompting a growing number of women across the country to dance in strip clubs, appear in adult movies or pose for magazines like Hustler.

Employers across the adult entertainment industry say they're seeing an influx of applications from women who, like Brown, are attracted by the promise of flexible schedules and fast cash. Many have college degrees and held white-collar jobs until the economy soured.

“You're seeing a lot more beautiful women who are eligible to do so many other things,” said Gus Poulos, general manager of New York City's Sin City gentleman's club. He said he got 85 responses in just one day to a recent job posting on Craigslist.

The transition to the nightclub scene isn't always a smooth one, from learning to dance in five-inch heels to dealing with the jeers of some customers.

Some performers said they were initially so nervous that only alcohol could calm their nerves.

“It is like giving a speech, but instead of imagining everyone naked, you're the one who's naked,” Brown, 29, said. 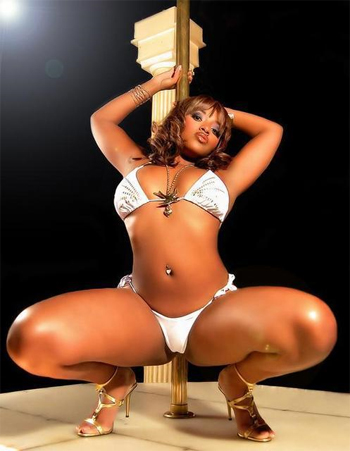 Makers of adult films cautioned that women shouldn't rush into the decision to make adult movies without considering the effect on their lives.

“Once you decide to be an adult actress, it impacts your relationship with everyone,” said Steven Hirsch, co-chairman of adult film giant Vivid Entertainment Group. “Once you make an adult film, it never goes away.”

The women at the Pink Monkey say dancing at a strip club might not have been their first career choice, but they entered the business with their eyes wide open. The job gives them more control and flexibility than sitting in a cubicle, and “it's easy, it's fun and all of us girls … look out for each other,” Brown said.

In this economy, “desperate measures are becoming far more acceptable,” said Jonathan Alpert, a New York City-based psychotherapist who's had clients who worked in adult entertainment.

Rhode Island's Foxy Lady held a job fair Saturday, seeking to fill about 35 positions for dancers, masseuses, bartenders and bouncers. The Providence Journal reported that more than 150 job seekers showed up to apply for work at the strip club. Foxy Lady co-owner Tom Tsoumas said a recent promotion to cut prices helped the club regain business lost due to the bad economy, forcing it to hire more employees.

Still, analysts say, the industry isn't immune to the economic recession. Business is down an estimated 30 percent across all segments, including adult films, gentleman's clubs, magazines and novelty shops, said Paul Fishbein, president of AVN Media Network, an adult entertainment company that has a widely distributed trade publication and an award show.

“In the past, people have said this industry is recession-proof,” said Eric Wold, director of research for financial services firm Merriman Curhan Ford. “I definitely don't see that; maybe recession-resistant.”

Strip club dancers and managers said they're drawing in the same number of customers, but fewer high rollers.