How Old Do You Wanna Grow Before You Give Up and Die?

I tell myself all the time I wanna live to be old as can be.  It's kinda funny because a girlfriend of mine told me once, yeah you can live to be old as hell but you'll be the only bitch living.  Yeah I know, that was pretty mean.

But how would it really feel?  Looking in the mirror not really recognizing myself as the person I once use to be?  Not being able to do the things I once use to be able to do?  Would that be something that as an old woman I could be happy about without growing tired of living?

I really don't know the answers to those questions, but assuming that I'm already a grown woman and feel every bit of good about my age and don't envy a kid going through growing pains, I think I would be able to sustain living life to the fullest by growing old as God allows me to.

Clarice Morant is 104 years old and still hanging on to dear life.  Weighing less than 80 pounds, with an outsize will. 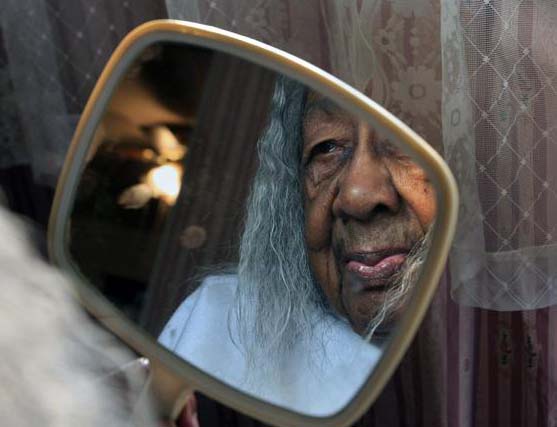 She still pays the household bills, cooks up grits and sausage daily for her breakfast, and bakes a sweet potato pie every week.  On top of all that she took care of her 92 year old sister for more than 20 years until the day she died. 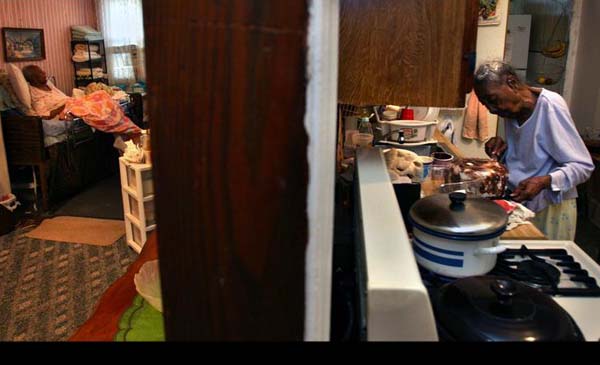 If that's not inspiration enough to wanna live to see an age that's unthinkable in relatively good health, then you would have to wanna die today and it wouldn't matter to you.