In Case You Missed It: Nicki Minaj and Other Performances at 2012 BET Awards 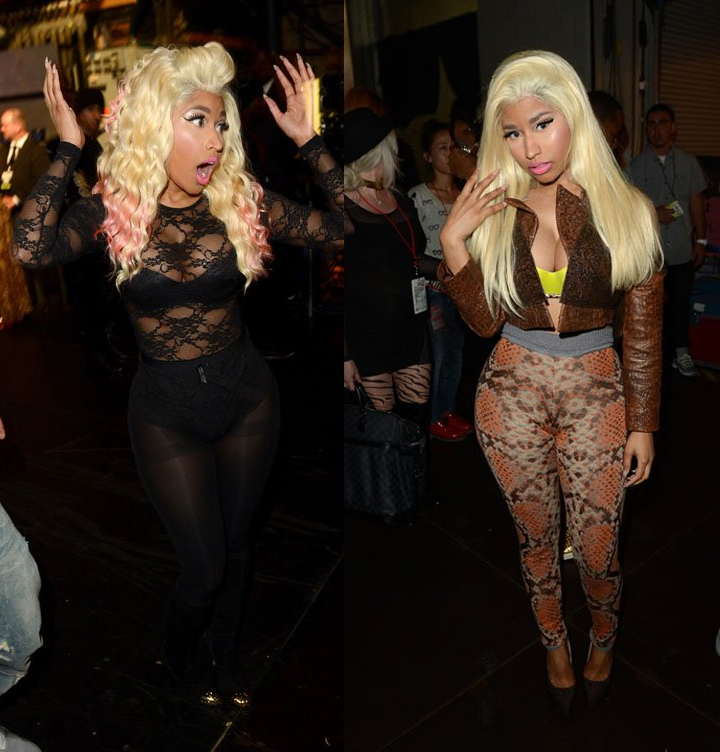 Nicki Minaj along with her multiple personalities hit up the 2012 BET Awards at the Shrine Auditorium in Los Angeles on July 1, 2012. She opted for her usual attire, which consisted of animal print leggings and sheer, lace, stockings and undergarments worn as outwear.

She took to the stage and opened with “Champion” and followed it with one of her current hits, “Beez In The Trap” featuring 2 Chainz. I have to say, I’m not mad at Nicki’s performance. She did well. If you missed it, you can watch her full performance as well as other performances at the show below.
[mashshare]
Comments
Facebook 3.6KFans
Twitter 3.7KFollowers
Youtube 1.5KSubscriber
Menu Title