Is T.I. aka Last Name Harris (Known by A Number), Institutionalized?

Actor/Rapper T.I. was reportedly arrested last night for drug possession. This would make arrest number 34 according to a statement he made via Hip Hop DX shortly before his most recent one year prison sentence which made arrest number 33.

“I’ve been arrested somewhere around 32 times,” he said at that time. 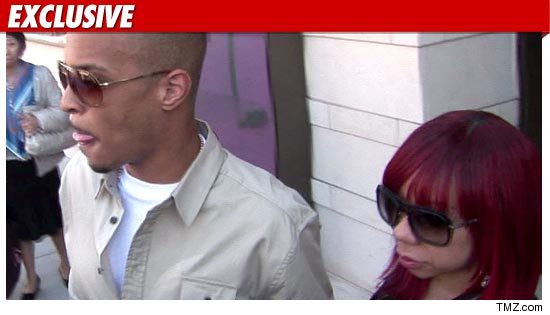 According to TMZ, T.I. and his wife “Tiny” were pulled over on the Sunset Strip after making an illegal U-turn.  Police reported the smell of marijuana coming from the vehicle prompted a search and as a result they found a controlled substance which appeared to be ecstasy.

The biggest problem here is that T.I. is constantly advocating for our youth. Despite all the encouraging words T.I. spills, his being arrested is what they see. I personally loved the little dude in his new movie “Takers,” but with real life scenes like this and his proven inability to steer clear of trouble, he's far from a role model.