During a previous interview with Jackie Christie, she was refrained from talking about Basketball Wives for legal reasons, but since the announcement was recently made about her being a cast member for the new L.A. Wives series, she's been making her rounds, giving up all the scoop about what she personally thinks of the show, and what to expect in upcoming episodes. 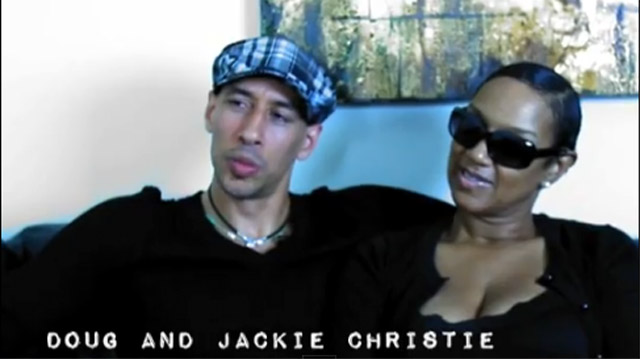 Carlton Jordon, of carltonjordan.com caught up with both Jackie and Doug Christie to discuss a number of things, including their marriage (part 1), gay slurs in the NBA (part 3), and of course Basketball Wives (in general) as well as cast members on the show (shown below). The discussion was pretty detailed, and rather interesting.

When asked what she thought about Tami Roman, Jacki responded: “I like Tami. Yeah, I might be a good person to sit down and talk to Tami.”

When asked what she thought about Evelyn, Jackie was a little hesitant to respond, but it all boiled down to this: “She's a card. I don't really know her personally, but I think that if she was around back when Doug was playing, and I was in the wive's lounge and that kind of thing, it would have been way bigger than what you see on t.v.”