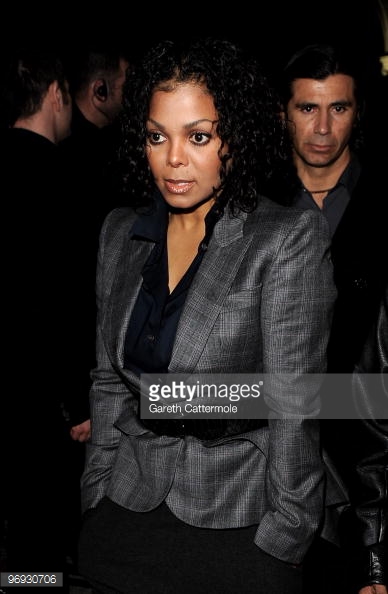 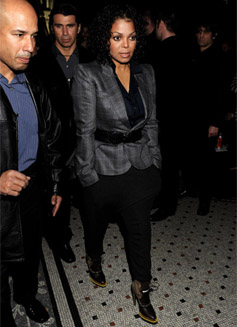 Vivienne Westwood had the net going nuts when she dressed Chris Brown like a nerd for the unveiling of her Fall 2010 Homeless Chic Collection, and now explains that she wishes people would just stop buying clothes!

“Stop all this consumerism,” said Westwood, the former high priestess of punk who has increasingly used her catwalk shows to spotlight her concern about climate change.

“I just tell people, stop buying clothes. Why not protect this gift of life while we have it? I don't take the attitude that destruction is inevitable. Some of us would like to stop that and help people survive,” she said.

Maybe that explains the bare milk breast tee action Westwood and her models have going on as they strut down the runway? Not exactly.

The eclectic Red Label collection, which Westwood called romantic, were designed to call attention to the crisis in Haiti, in hopes of raising money for Naomi Campbell's effort to help mothers and babies displaced by the earthquake there. 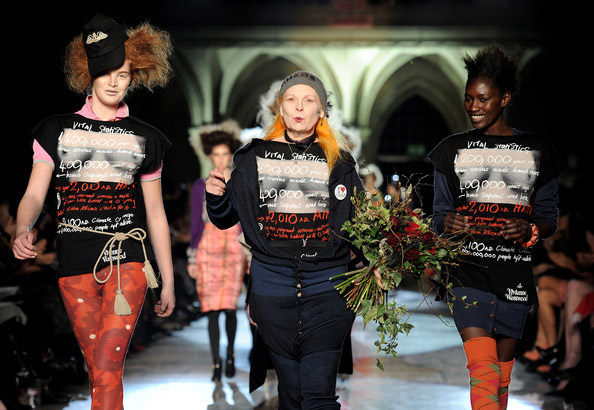 Westwood also tells ABC she wants to try other challenges, including a television series on art and science after she shows her Gold Label collection in Paris next month.